An excellent political thriller about the kidnapping, interrogation and execution of Dan Mitriona, a trainer of Latin American police officers in the modern "interrogation techniques" of the CIA, by the guerrillas of the city of Tupamaros, Uruguay (1970)A CIA agent trains the security services of friendly countries in modern methods of torture. This is the real story of Dan Mitriona.

Gavras after Z, continues his journey around the world, identifying political situations that could hardly be characterized as democratic, officially giving flesh and bones, as its main exponent, to a genre that until now did not exist listed in the Almanac, the political thriller. This time his stance is in the long-suffering Latin America and Uruguay, which has just recovered after many years of abolition of the regime by the military. This of course does not mean that the state operates according to the institutions, since members of the government are all wealthy businessmen, who move according to the interests of the American command.At this point they invade the daily life of the country – which is also surrounded by also politically troubled countries such as Brazil and Argentina -? the Tupamarus, acting methodically, will begin a series of kidnappings, seeking exchanges with their imprisoned comrades. Among the abductees will be an American who claims to be a representative of a telecommunications company that wants to improve The Uruguayan telephone network. The story begins at its end, namely the discovery of Santoré's dead body, and day after day in the space of a week, Gavras, through amazing directorial inspirations, highlights what happened in the distance from the dark dirty prison room to the opulent living rooms of politicians. Excellent once again the interpretation of Yves Montand, this time playing the negative character of the stori, while in his entourage stands out the presence of Renato Salvatori, as a sadistic chief of police ...? 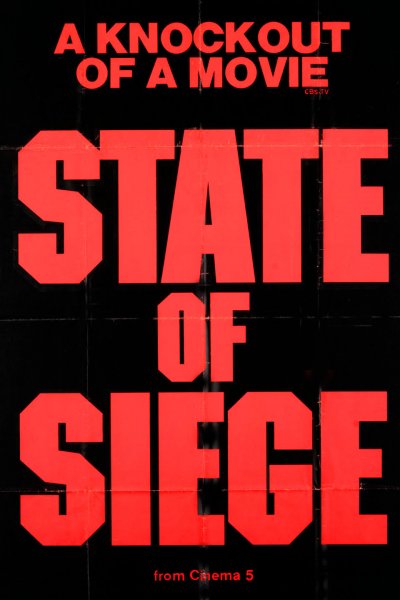