Greece, 2017. The inability to financially support Mars (a sufferer of Motor Neuron Disease / ALS) confronts his wife, Persephone, facing human existential limits. How many years of travel does it take to really get home?

Greece, 2017. The lack of financial support of Aris (who suffers from Amyotrophic Lateral Sclerosis / ALS) urges his wife Persephone to get confronted with human existential limits. How many years does it really take to finally reach «home»? 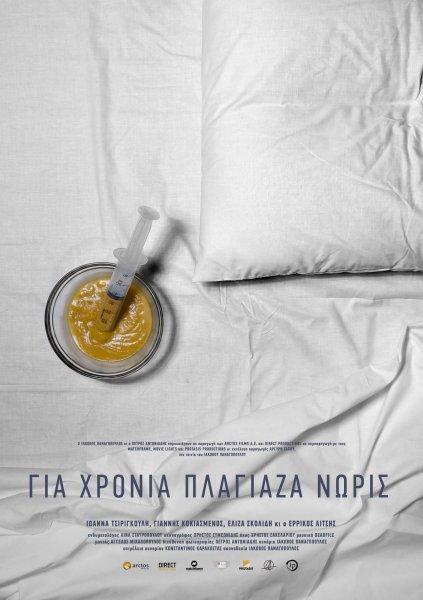 Dr. Iakovos Panagopoulos is an award-winning Greek director, known for his recent film For Years Plagiaza Early (2019). His pioneering work is a combination of practical directing and academic research. Its aim is to close the gap between the two. His biggest project so far, The Chronic Oblique Early (2019), is the film performance of his research on Amyotrophic Lateral Sclerosis. His latest short film Allimono (2020) concerns the issue of awakening collective memory through the privilege of specific spaces as it also deals with the issue of the connection between Greece and Italy. Production of the Poulia film center within the framework of CIAK Interreg Greece Italy. After his undergraduate studies at the Department of Sound and Image at the Ionian University, Iakovos obtained his master's degree in Photography at the University of Bournemouth in England. He completed his PhD thesis on the work of Theodoros Angelopoulos at the University of Central Lancashire. He is an active researcher, with multiple international publications. He is an official researcher at the StoryLab International Film Development Research Network and a research associate at InArts (interactive research lab).

Dr. Iakovos Panagopoulos is an award-winning Greek director and researcher, best known for his work Flickering Souls Set Alight (2019). Iakovos’s pioneering work is a combination of practical filmmaking and academic research. His goal is to narrow the gap between the two. He is directing-writing films and academic research on Media Practice, Film Practice and Film Studies. His major project so far, Flickering Souls Set Alight (2019), is the cinematographic depiction of his research on ALS (Amyotrophic Lateral Sclerosis). His latest short film Allimonò (2020), was produced by Apulia Film Commission, under CIAK memory call Interreg Greece Italy and at the moment is under festival submission. Iakovos’s first degree in Audio Visual Arts at the Ionian University, was followed by an M.A. in Cinematography at Bournemouth University. At 2019 he completed his Ph.D. on the work of Theo Angelopoulos at the University of Central Lancashire. He is an active researcher, counting numerous international publications. He is an official researcher in StoryLab (Skills Training for Democratised Film Industries) and scientific collaborator in InArts (Interactive Arts Lab) of Ionian University. 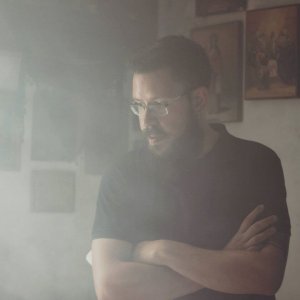