From a mishandling that led to the demolition of a prison system, but also the mass escape of most of the inmates, Jail-R... he falls on the softs just losing his job. During the rehabilitation period from the multiple fractures, he passes it to his new position as a security in a bank. What he doesn't know is that the three masterminds of the escape prepare to hit the branch while he has a shift and remains almost motionless, in plaster. 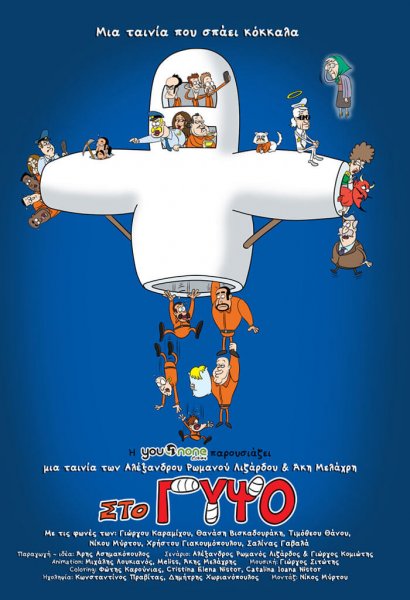 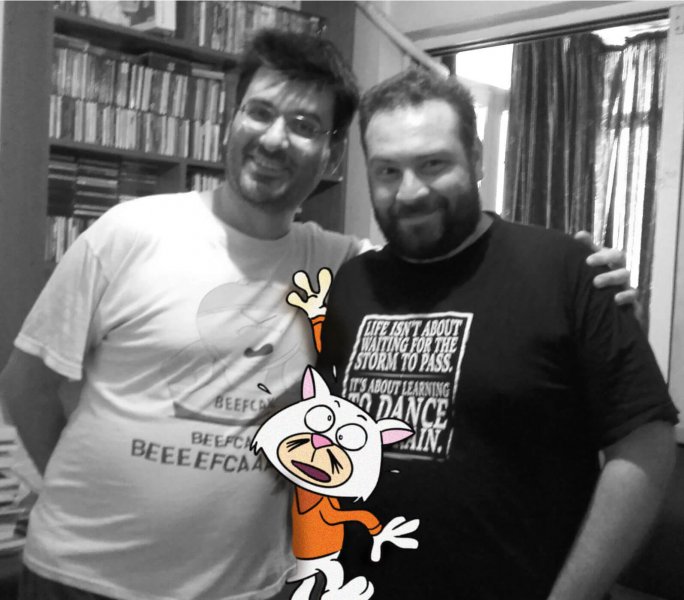 Alexandros Romanos Lizardos is a director, screenwriter, theatrologist, casting director, presenter and film critic. Together with Stathis Athanasiou they took over the EPK of the films "Before Midnight". He worked, among other things, as an associate of Makis Gazis in the casting of the film "Lara Croft Tomb Raider: The Cradle of Life" and undertook the editing of scripts, the production and execution of the production of short and feature films. As a presenter we saw him in the broadcasts of ERT "Film Club", "The Road to IRIS", "ArtERT", "Works and Days" and he was the main commentator of Eurovision in 2017 along with Daphne Skalionis. He has directed video clips, installation clips and art videos, short films, tv show episodes and TV documentaries. In ERT he was a consultant of a foreign program and a member of committees for the financing of screenplays for feature films. He has given his voice to animation.

Akis Melachris is an animator and creator of comics. In his biography there are animated titles of films (as in the "Golden Apples of the Hesperides"), educational books and collaborations with newspapers and magazines. He has created the interactive internet cartoon "Iliad II-The Return" which was released in 2003 and a short time later it was distributed through a magazine of great circulation.