Many times we wonder about what kind of person is the one who is in the next apartment. The deliveras comes to show it to us and lead us along with his beers to one of the jobs he usually undertakes. 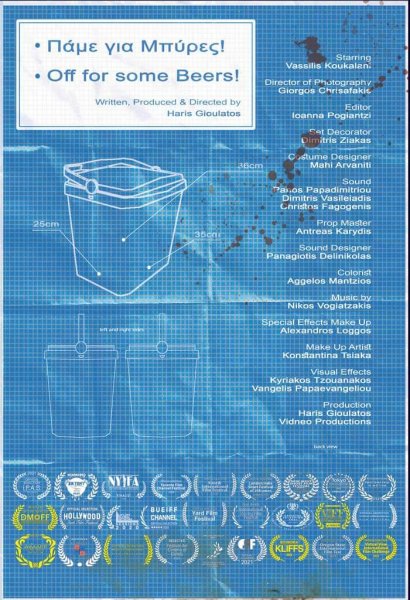 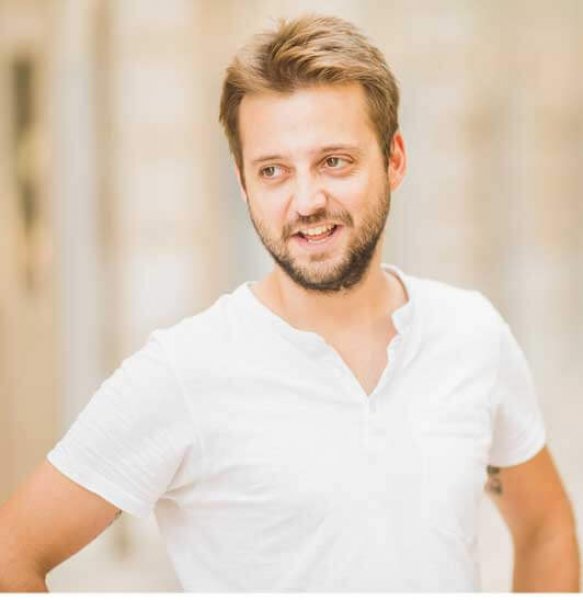 In March 2011, his short film 'Keep Dreaming' won the first prize at the 'Your Keep Walking Film' festival in Athens, awarding him the scholarship for the 'Bachelor of Arts' department of the University of Greenwich. In 2013 his short film 'BUTTERFLY' is awarded as best film at the digital film festival in Lefkada, while at 2The Balkan Film Festival – Altcine, wins the 3rd Audience Award. In 2014 he became a columnist for Marathon Press (local newspaper N. Makris – Marathon).In 2015 he directed his third performance 'Man guards' based on the book of the same name by Pericles Korovesis, enjoying great success until 2016.

In 2016 he wrote his first comic book. The annals of Drakofinika: Sober Dwarf in collaboration with Comic Artist Yiannis Rouboulias, which is running out. In the same year he started teaching Directing and Screenplay at the Ornerakis School, while in 2017 he directed his new short film (Documentary) 'The Method,' which wins the award for best documentary at the Short Film Festival of Drama. In 2018 he directed the documentary 'In the Shadow of the Rocks' which has its world premiere at the Thessaloniki Film Festival. In the same year he enters the field of advertising and so far directs 10 Videos.

From 2018 to 2020 he has undertaken the Script and Direction of 4 episodes of the series Stories of Everyday People on the Channel of the Parliament and 4 episodes with the same qualities of the series To Tomorrow the Great on the channel of ERT. In 2020 he is writing his two new comics. The Everlasting, again in collaboration with the comic artist Yiannis Roumboulias and the comic The Life of People with the comic artist Joseph Fantel. In the same year he undertook the Script, Production and Direction of his new short film Let's Go for Beers! which already has 14 Official Participations, 2 Awards and 2 Honorary Mentions in Greek and Foreign Festivals.

He is preparing his 1st feature film, based on the book by Pericles Korovesis ''Man guards''.