A violinist experiences the worst day of his life with one difficulty succeeding the other. An unexpected visit becomes the occasion to make a wish that may change his life.

A poor, hardworking man goes through the worst day of his life. Everything seems to go wrong and on top of that an unexpected visitor makes him wish something that might change the course of events.

Velko was born in Piraeus.He finished directing school in Athens and continues to attend seminars to improve his technique. Kyklamino is his first film, after which followed The Bench and the Phony Wish. Now he is preparing his fourth film. In addition to directing his films, he also writes the scripts. He loves writing and his scripts are mostly anthropocentric on the subject of the unpredictable situations of life.

Velko was born in Piraeus. He graduated as director from a film school in Athens and keeps on attending seminars and workshops to improve his craft. So far, he has shot three short films: The Bench, The Cyclamen, Counterfeit Wish and now he is preparing the fourth. Apart from directing his films, he also writes the scripts since the start of his career. He loves writing and in his scripts he mostly deals with the themes of human relationships and the unpredictable situations of life. 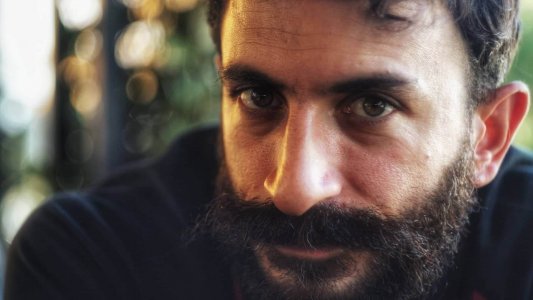