The scenarios in the cartoons

Title:
The scenarios in the cartoons

Laboratory Description: Brief introduction to the script with emphasis on the script of the cartoons. Examples and commentary on films. Creation of scripts by the participants.

It is necessary to have a PC as well as the ability to use word.

Addressed to: A group of 20 interested friends of animation

Place of Implementation: Cultural Center of Chania and / oronline through the Zoom platform. (The teachers will be sent the necessary link).

A collection of student projects of the Department of Animation & Interactive Media of the educational group AKTO art & design college.

A certificate of participation will be given

IT IS MANDATORY TO REGISTER THROUGH THE FOLLOWING LINK (first come, first served) 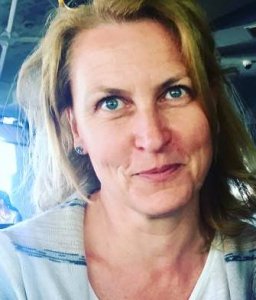 Anastasia Dimitra is director of the Animation & Interactive Media department at AKTO art & design college (validated college Middlesex University, London.), (2001-2018). He has been participating since 2001- until today, in middlesex postgraduate programs in the capacity of an advisor professor or as a member of the evaluation of postgraduate thesis in Greece and Cyprus. He has taught at the Department of Cultural Technology and Communication of the University of the Aegean in undergraduate and postgraduate departments (2003-2015) He has collaborated for the production of animation films with the largest companies in Greece, such as Kounou (1985-1989), Artoon s.a. (1990-1995) etc. In 1995 he founded the individual company of creation and production of audiovisual works, such as advertising animations and works such as the children's series "Kartounia" 36 episodes of 26' for the Greek television (1996-1998), on the teaching of animation. Creation and production of a 1' pilot for the Series "Lucas and The Runt" funded by the Media Program In 2011 he created the film "Routes" 1'. In 2015 he created the VIDEO WALL INSTALLATION "Obsessions" 2':25'' He has participated in juries for the awarding of awards in Greek and International animation festivals. Among them, in 2002 he was a member of the selection of films for the festival in Hiroshima, Japan. From 1990 until today it organizes workshops and teaches children and young people the art of animation.

Theory of the art of animation.
New techniques and technologies and how they are used in relation to animation. The aesthetics produced in virtual reality environments. Serious games aimed at people with disabilities.

-It comes to life!!! Secrets of animation, Ed. Papasotiriou, Athens 2002. -The evolution of computer animation. Technology and animation. Film & Video Business. Issue No 7(19), 9-12 2003. -The charming course of the design of titles in cinema. Ed. Primarogli, Athens:2005. -Kawa, A., Sampanikou E., Kritikos P., Tselentis M. (2010).View from above. Fantasy and Storytelling in comics. Athens: Livaton. Etc. Announcements at Conferences of the University of the Aegean: -2007 3rd COMICS CONFERENCE IN MYTILENE Fearful Symmetry (Dreaded Symmetry)*: Comics, Politics and New Technologies Lecture on "How the Art of Comics Influenced the Art of Animation" World Organization of Preschool Education O.M.E.R. - Greek Committee 7th conference, 2009 Lecture on "and yet child creators of moving images" Jordan 2012, Lecture on "Animation in Greece". China 2015, Siamen Lecture on "Animation and its contribution to children's development". University of Thessaly: 2017 Lecture on Animation in Education and especially at the University of the Aegean etc.

Member of ASIFA (International Animated Film Association): Member of the Board of Directors of ASIFA Hellas.
Ambassador to Greece of the Emile Awards (European Animation Awards)

Register by clicking here!
Back to masterclasses