Until the last drop – The secret water war in Europe

As Europe is being tested by a crisis not only economic but by a crisis of values, millions of European citizens are asking for an answer to a key question: Is water for the EU a commodity of the market, or a human right? To date, the European Commission has not given a clear answer to this question, while refusing to recognise the human right to water, as the UN did in 2010.

At the same time, hundreds of cities, regions and states around the world are remunicipalising their water services, rejecting as a failure the private water management model they have tested for decades. In Europe, most cases were recorded in France, the headquarters of the world's largest and most powerful multinational water companies. Nine cases were recorded in Germany.

Although Berlin and Paris have regained public control of their water, which was presented within borders as a good thing, Europe's economic and political elite are pushing Greece, Portugal, and Ireland through the Troika to privatise their own public water systems. It is a common term included in every memorandum signed between the indebted countries and their lenders.

Until the last drop follows for four years the flow of money and corporate interests, in thirteen cities of six European Union countries. It is a documentary about water, which reflects the contemporary European values and the quality of modern European democracy. 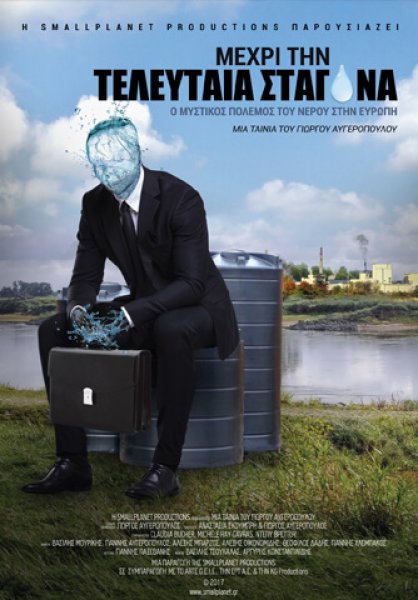