Walk in Stavros Akrotiri and screening of the film of Prokopis Dafnos, "WALTER LASSALLY, The Itinerant Cameraman"

The7th Chania International Film Festival invites you to a walk in Stavros Akrotiri, the place where "Zorbas" was filmed. It is a tour, a point of reference to the mythical Zorba and its author, Nikos Kazantzakis, and the film, whose frames became the ultimate tourist advertisement for the Cretan Land. The Actor & Collector Lefteris Lambrakis unravels the thread of his memories from the meeting with Walter Lassally, the man who with his film camera captured the beauties of our country and who gave him an Academy Award. The shooting of the film lasted a total of sixteen weeks, including five weeks on the Cross.

As part of the tour, the screening of Prokopis Dafnos' film,"WALTER LASSALLY, The Itinerant Cameraman", will take place at the Cultural Center of the Parish of Kounoupidiana , in the presence of the Director.

There will be hospitality from the Cultural Embellishment Association of Stavros.

The Chania Film Festival, co-organized by the Municipality of Chania and the International Society of Friends of Nikos Kazantzakis, invites you to this special experience. The transfer will be done by Bus that will depart from the Cultural Center of Chania, the space that hosts the Film Festival. 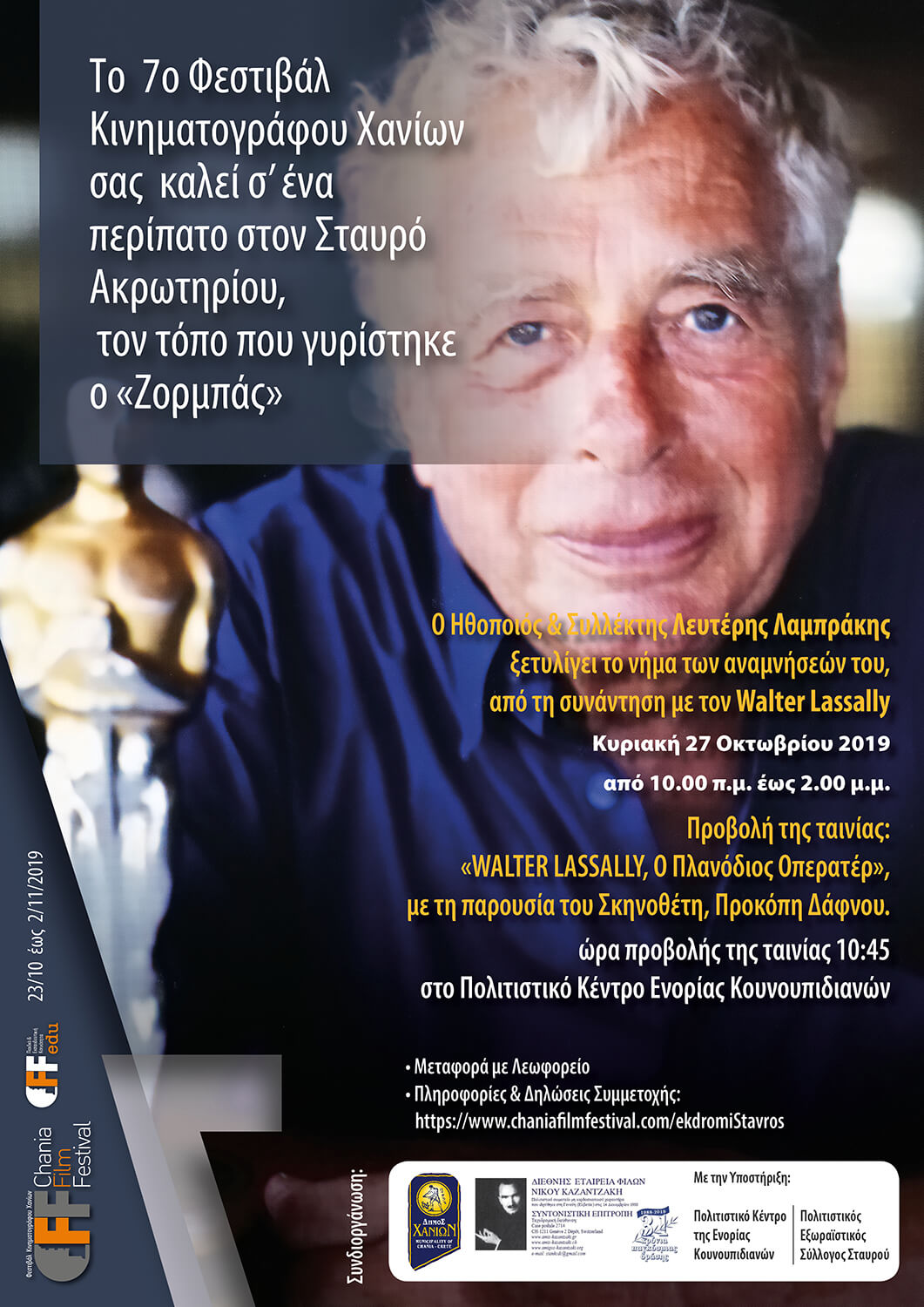 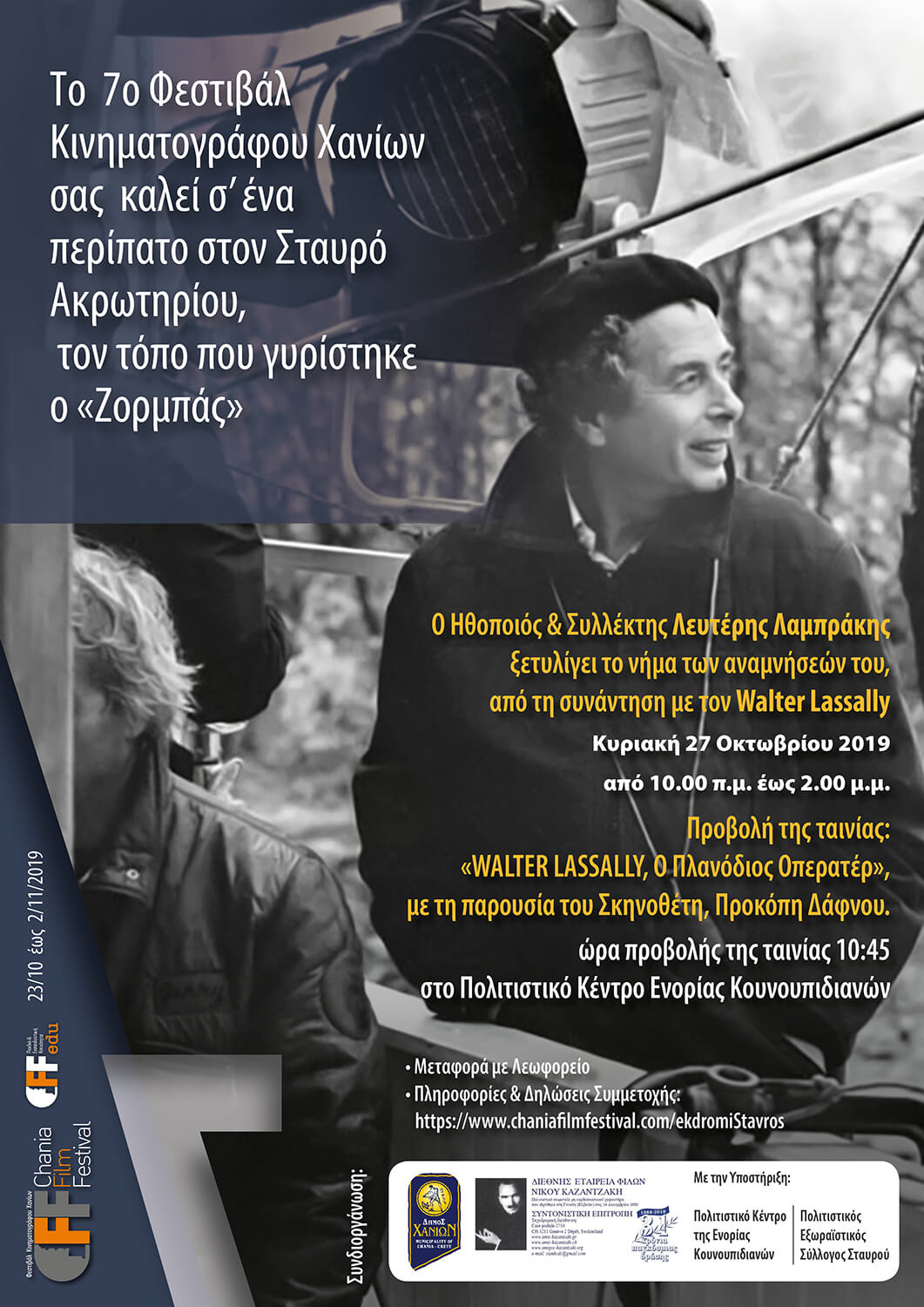 Back to Parallel Events