is a zournal (topical) by the Frenchman Leons Schneider

In 1906, the Olympic Games take place in Athens, the so-called Mid-Olympics because they take place between the Olympic Games of 1904 and those of 1908. In the Mid-Olympics, the Greek participation does not win any medals. But cinema wins. The Games are being filmed. They are filmed by the French filmmaker Leons Schneider, a representative of Gaumont with an office at 1, Zexidos Street in Athens, who is in the capital at the moment, returning from a mission to Egypt.

The first screenings of this historical film take place in the building of the Philological Association "Parnassos", in the center of Athens, in Karytsi Square. In an article in the newspaper Empros,
dated May
13, 1906, entitled "The Olympic Games from Cinema", we read: Admittedly, those who did not attend the parnassus hall yesterday, where the screenings of the games were held through the Committee's Cinema, lost. Fortunately, tomorrow the screenings continue with the remaining four days of the Games, in the same room. Let those who want to see the Marathon race, the Discus Throw, the show of the schools of the last day and the awarding of the winners should hurry.

In 1960, the Director and Historian of Cinema, Frixos Iliadis, notes: "From the speed of the screening we understand that the processing must have taken place in Athens, which is why we consider it as the first Greek film. It is said that the cameraman here was the representative of Gaumont, a certain León."

Departure of the officials to the Stadium where the games are held. 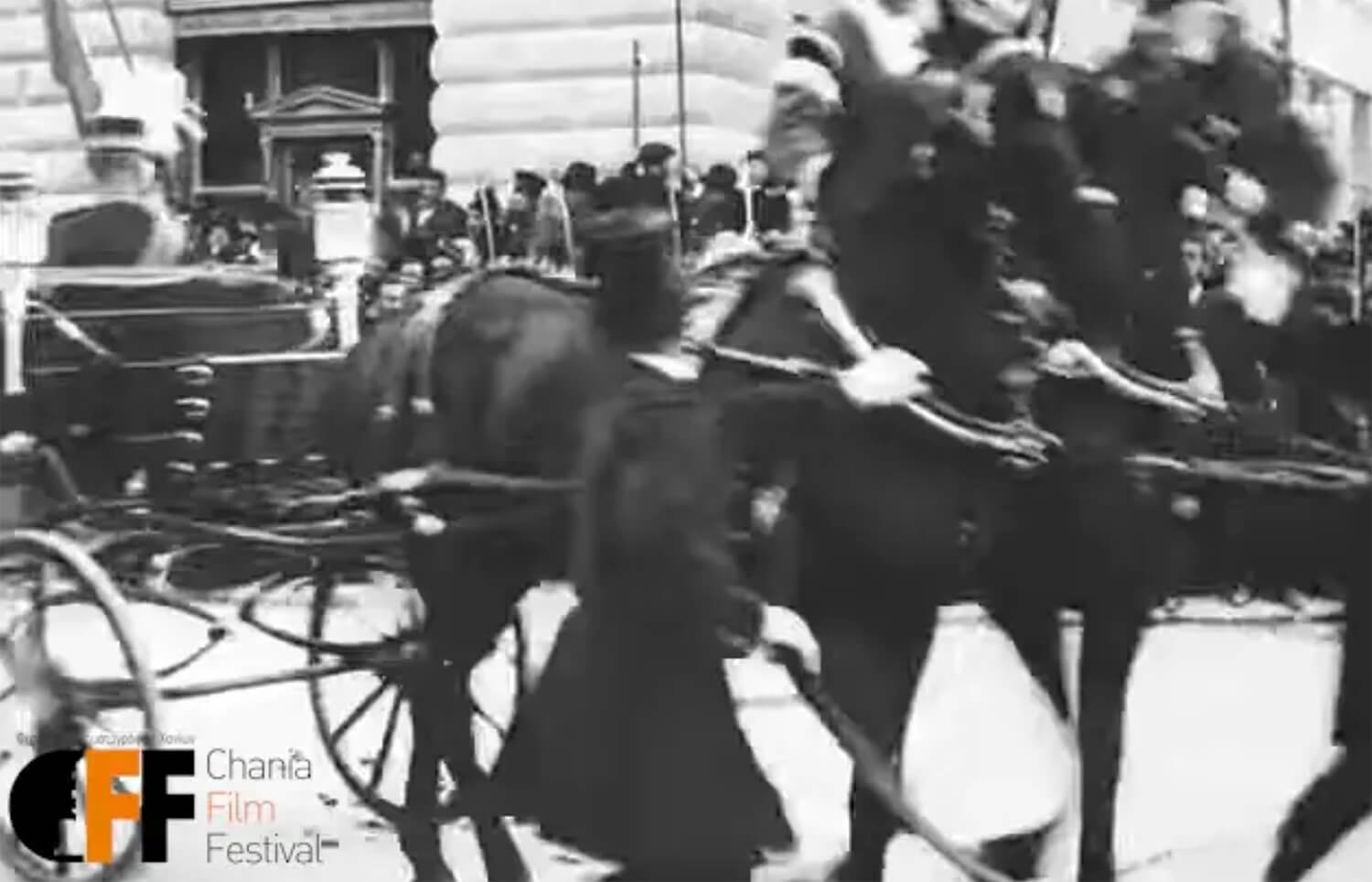 The entrance of the Panathenaic Stadium with the famous guests. 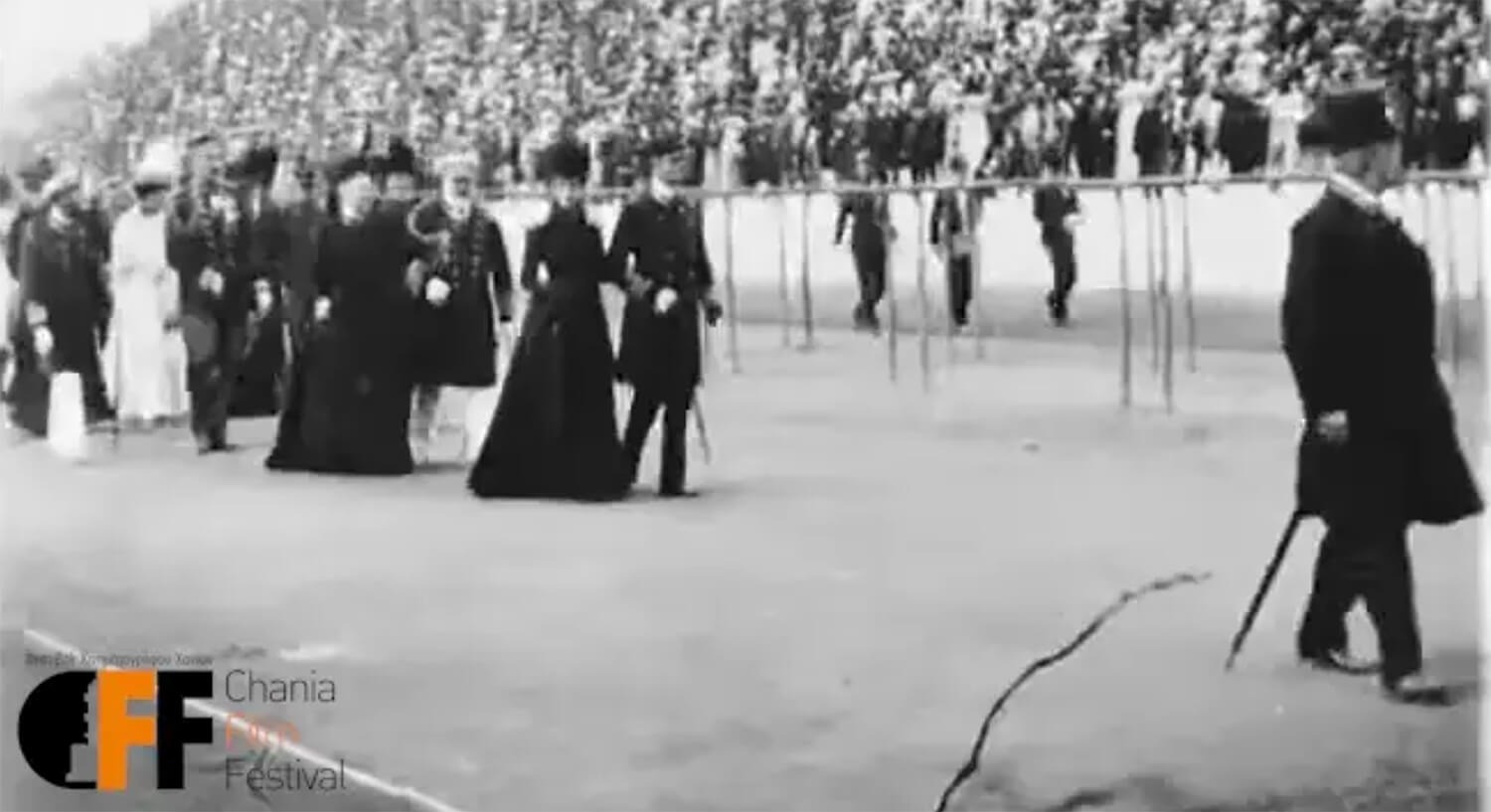 The start of the games was made by the King of Greece George I. 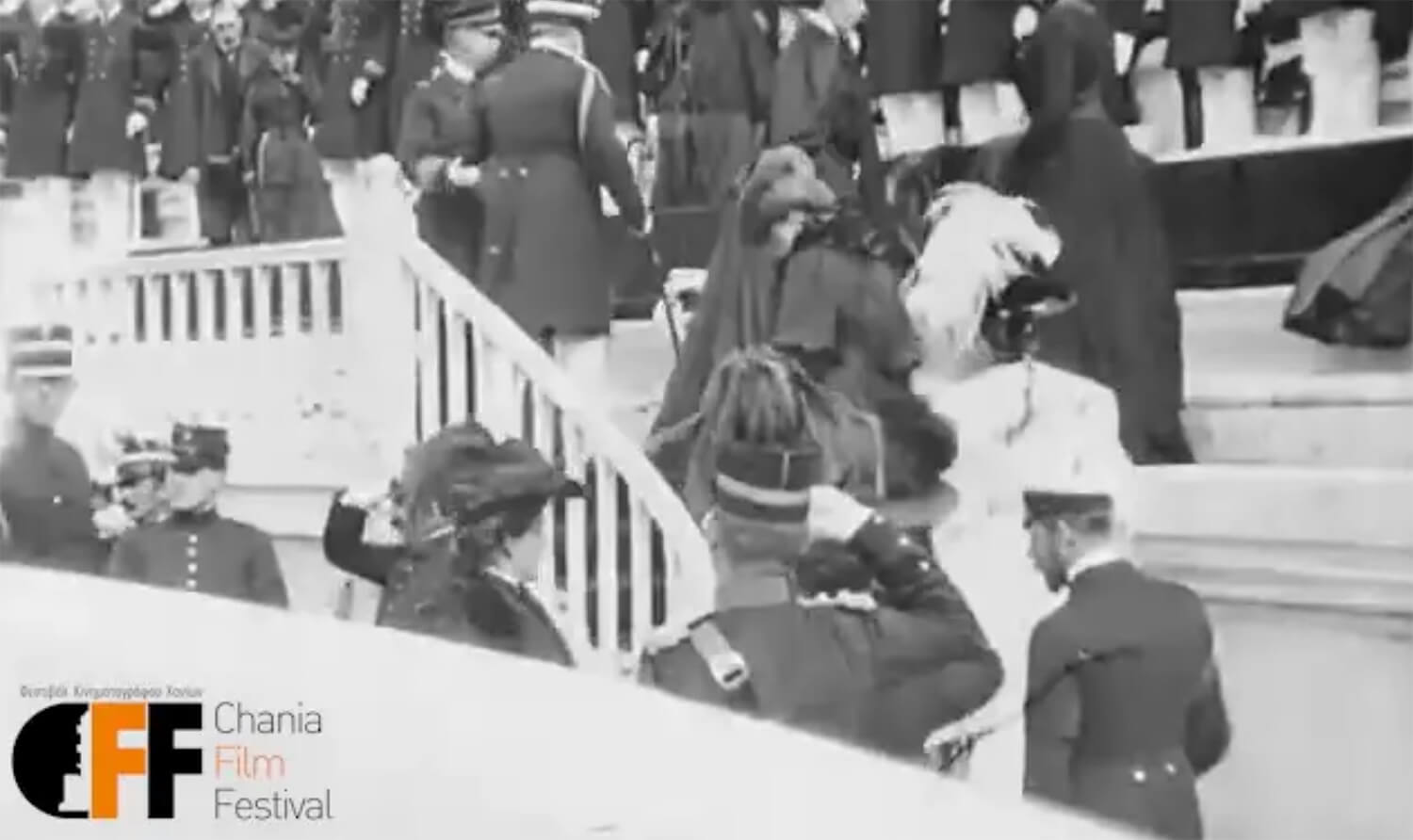 The Mid-Olympics lasted 11 days with the participation of 903 athletes from 20 countries. Among the athletes there were only 20 women. 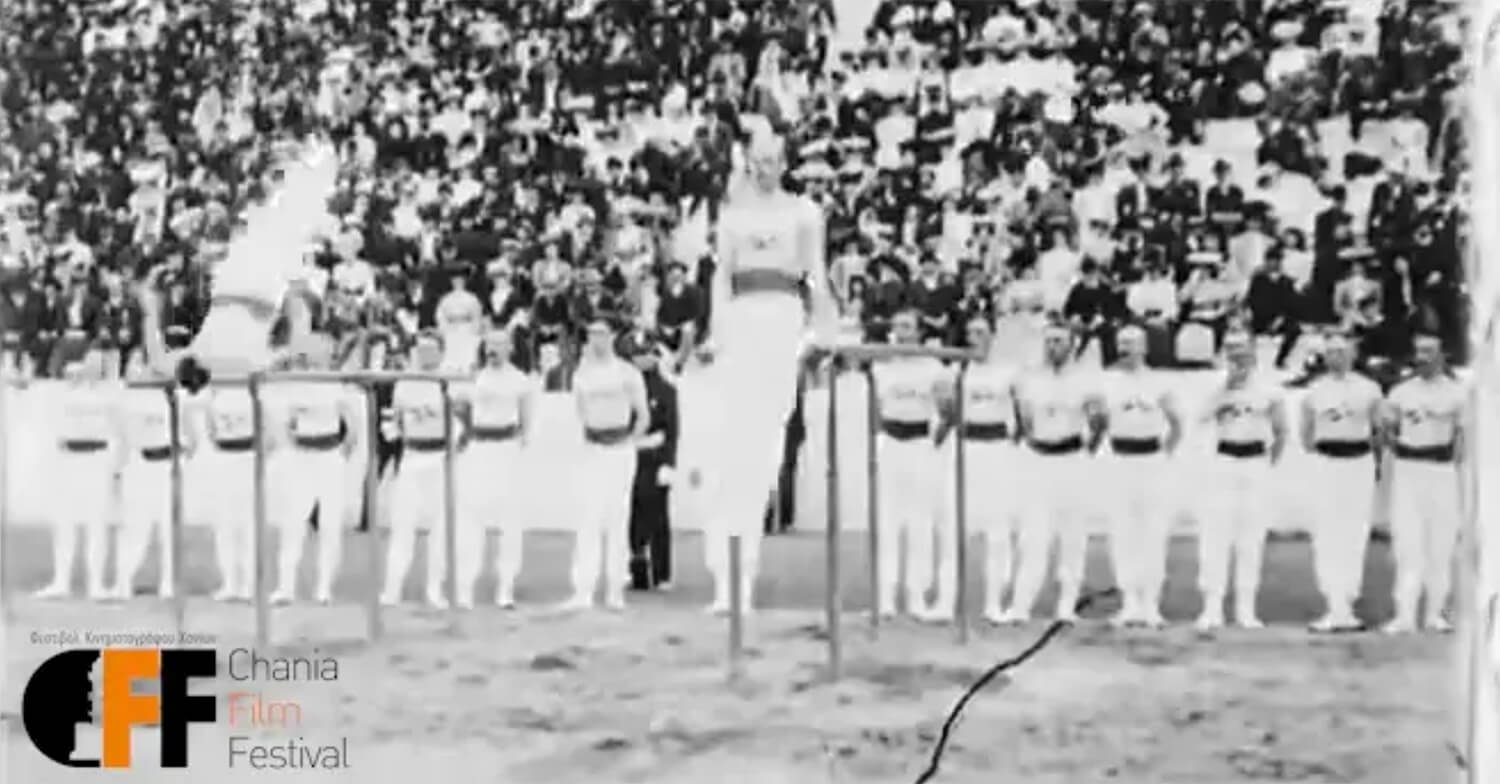