1913 The union of Crete with Greece

In December 1913 Crete was united with Greece. The Cretans after repeated battles and having won their autonomy, they began the struggle for unification with Greece. The pioneer of this historical period was Eleftherios Venizelos. The focus of the union's celebration was Chania, which during the Turkish occupation played a leading role in the struggle for Freedom. The event took place formally on December 1
,
1913, in the Venetian fortress of Firkas, at the entrance of the port of Chania, when the Greek flag was raised by the Cretan rebels, Hatzimichalis Giannaris and Anagnostis Mantakas, in the presence of prime minister Eleftherios Venizelos, King Constantine and Admiral Pavlos Kountouriotis. The cinema of this era was not only entertaining. Many of the films that were screened had as their theme current events with national or even global significance, many of them recorded the history when it was created.

In cosmopolitan Chania, photographer Pericles Diamantopoulos captures the story on his photographic glass plates and a film crew records this important event on film. Through the lens of a 35mm wooden manual film camera, history will remain unchanged 107 years later.

The current events belong to the Directorate of the Museum – Archive of ERT. The following excerpt comes from ERT's documentary "Panorama of the Century". 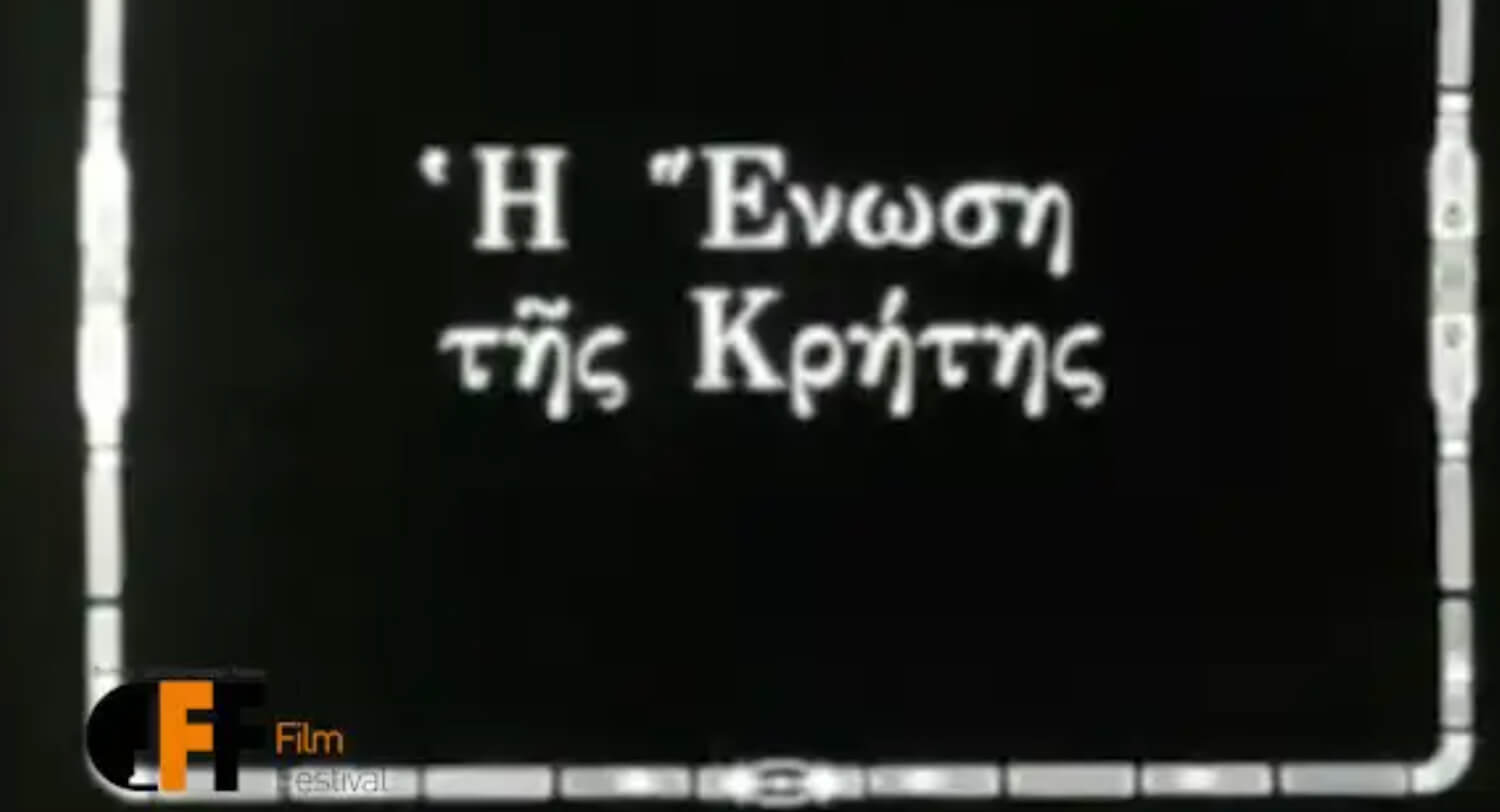 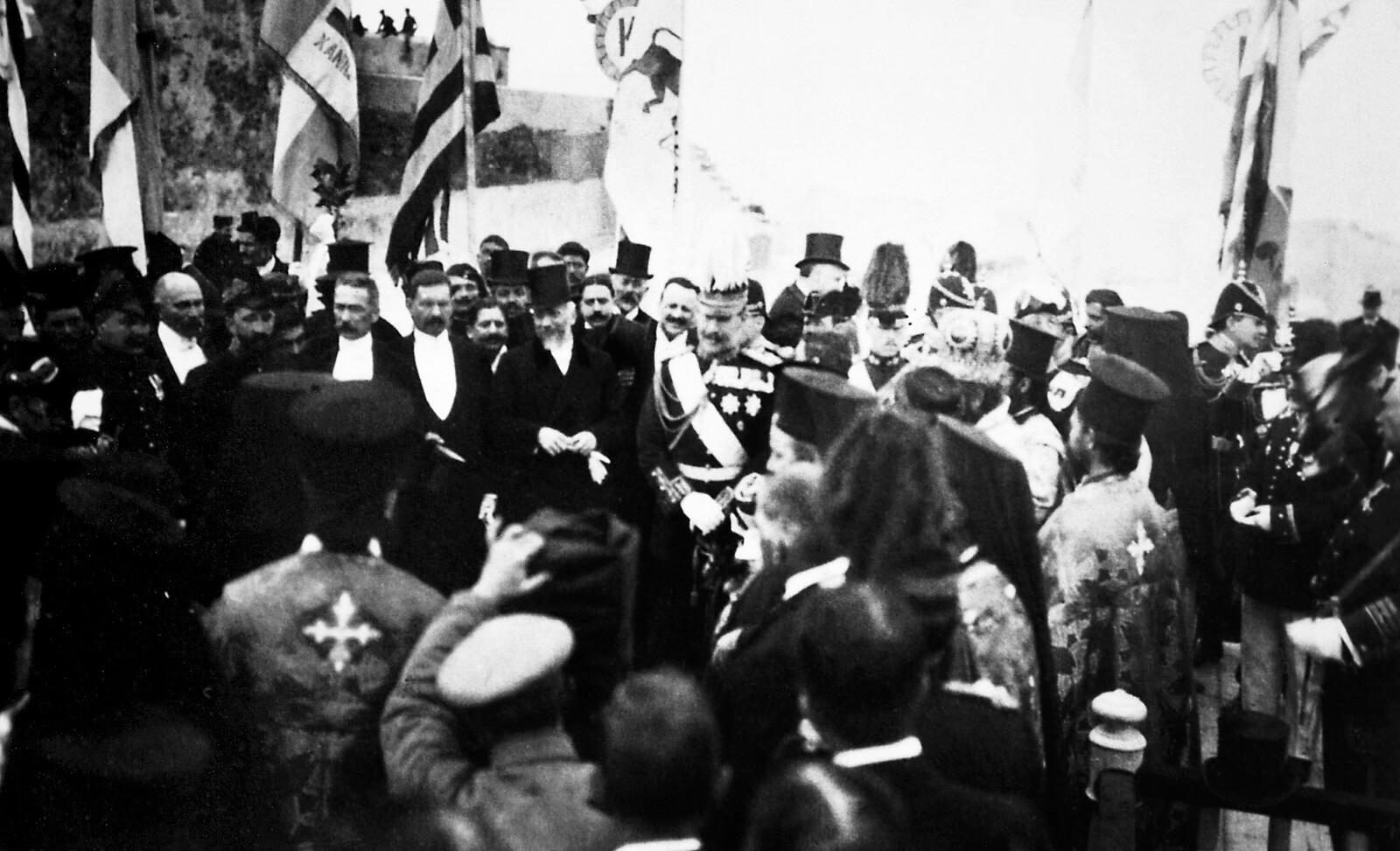 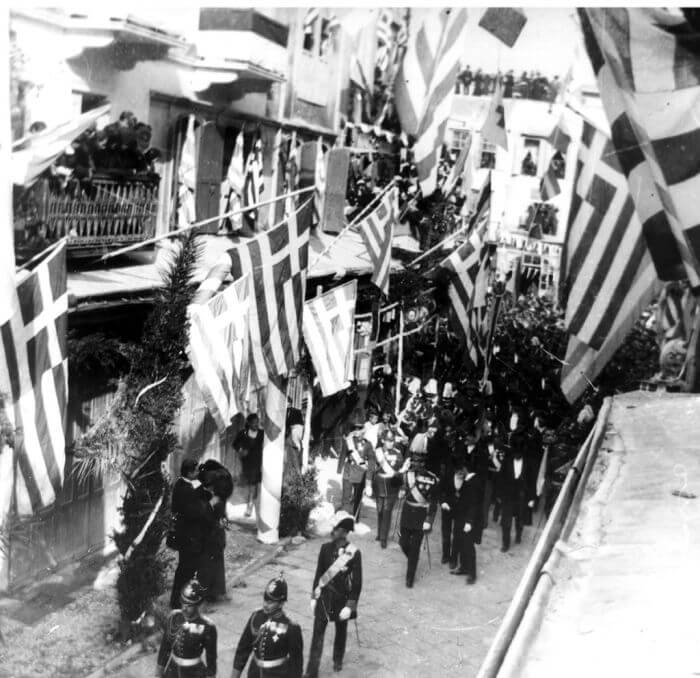 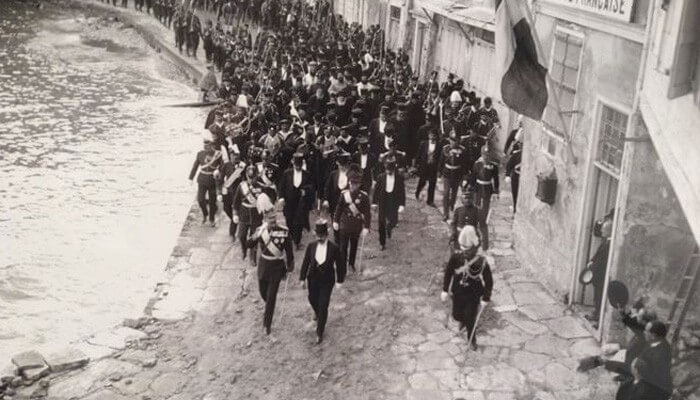 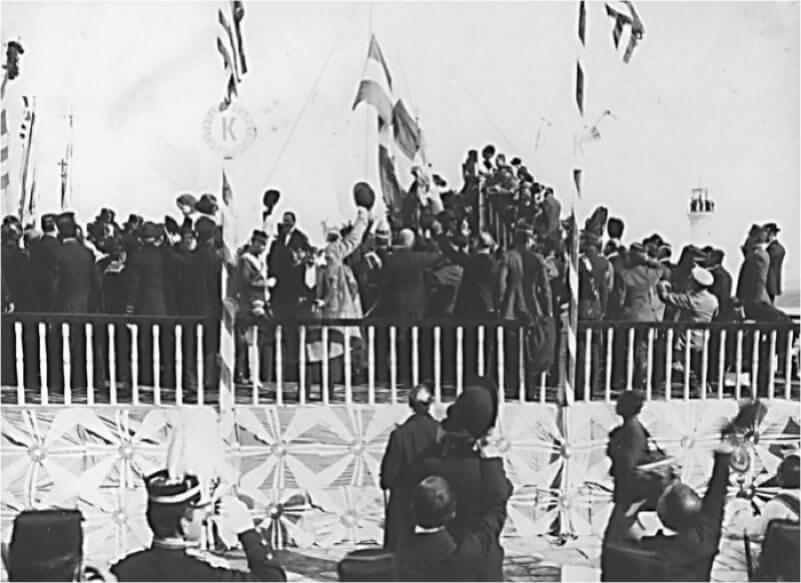 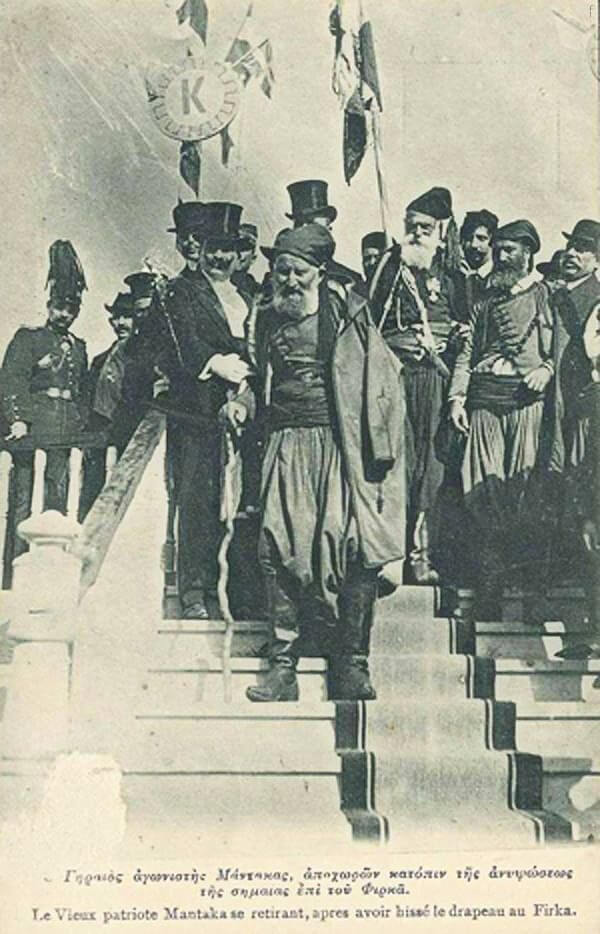