Collecting the History of Cinema

DeVry suitcase type cinema projector "Type E", batch 1919. It has a cinematic projector for 35 mm strips housed in a black suitcase of 22 x 9 x 19.5 inches. The case is equipped with gates for viewing the operation of the machine, as well as multiple air vents for fans and exhaust for cooling the internal mechanism.

The 35 mm Portable Film Projector was an invention of the American Herman Adolf DeVry, DS, Engineer, Manufacturer and Educator, in 1915. The films could now also be screened outside the cinemas, in schools, in Churches, in houses, as the Machine was easily transported like a suitcase. 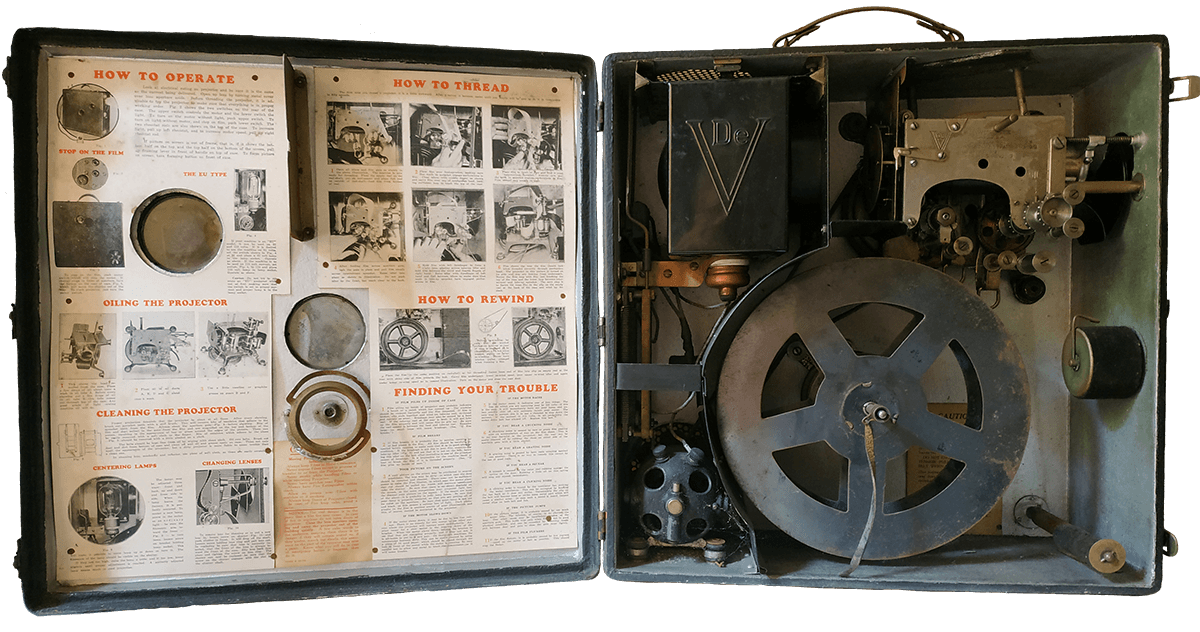