Today, on February 8, 1980, Nikos Xylouris left us. On the occasion of the anniversary of his death, the Chania Film Festival remembers the film documentary, "The songs of fire".

The documentary "The Songs of Fire" by Nikos Koundouros, records the climate that prevailed in Athens in the summer of 1974, immediately after the fall of the junta, with the big concerts in the stadiums and the protests - demonstrations in the streets.

It was July 1974, when the Republic returned to Greece, after the seven dark years of the dictatorship. The Greeks could once again express themselves freely, celebrate and sing, to banish from within themselves the pain and fear, the feelings that were suppressed in their souls for a long time.

The leventis from Crete, Nikos Xylouris, in those historic concerts performed uniquely the songs "The culverts entered the city" and "How many leap years".

In October 1974, two more concerts will follow, at the Karaiskaki Stadium with Mikis Theodorakis. Nikos Xylouris will also be present there with his mythical Doric voice. He dominates and stands out with the unique complexion of his vocal cords and his proud presence.

These concerts are big events. The director Nikos Koundouros will make the first historical of the documentary, for which he will write later: "The only documentary I have made, a film composed of voices and demands, as they were formed in the streets of Athens, immediately after the restoration of democracy. An Ode to Freedom film".

Koundouros and six important directors of photography, Syrakos Danalis, Pavlos Filippou, Nikos Gardelis, Nikos Adamopoulos, Aristidis Karydis - Fuchs and Nikos Kavoukidis, make history. They record the revolutionary current of the time, they record the forbidden songs of the seven years, the marches, the demonstrations, the crimes of previous years. Excerpts from the funeral in Cyprus of the murdered young Doros Loizos, the testimony of Christos Rekleitis, who describes in detail the torture he went through in the hands of security and names his perpetrators. The events of the world are also recorded on the first anniversary of the Polytechnic, on November 17, 1974. This historical film closes with Mikis Theodorakis the Great performing shockingly


The film will be produced by Finos Film, Nikos Koundouros and the "Cyprus Games". The film will be released in cinemas on February 10, 1975, cutting 63,987 tickets at its first screening.

Born in 1936 in Anogia, Rethymnon, he acquires his first lyre at the age of 10, he apprentices next to the lyre player Leonidas Klados for a year and a half and then he plays professional music at various social events throughout Crete. In 1958, he recorded his first album and in 1966, representing our country in a folk music competition in Italy, he won the first prize, performing with the lyre of sirtaki. He becomes known all over Greece and the collaboration with Yiannis Markopoulos is not long in coming. Collaborations with other important Greek composers follow, Stavros Xarchakos, Christodoulos Halaris, Christos Leontis. During the dictatorship he sings Markopoulo and Songs of the Cretan Tradition, which because of those days take on the lips of the world a different meaning.
"When will it be clear",
"
Wild goats and my wild goats"...
In 1973, he participates in the theatrical performance of Karezi – Kazakos, "Our big circus". After the fall of the junta, he collaborated with other composers, such as Linos Kokotos and Elias Andriopoulos. He also sings traditional songs of his island, as well as folk songs of Stelios Vamvakaris. And while his songs are on the lips of all Greeks, in 1979 he became seriously ill from cancer and passed away, on February 8, 1980, at the age of 43. He always stays alive in our hearts. 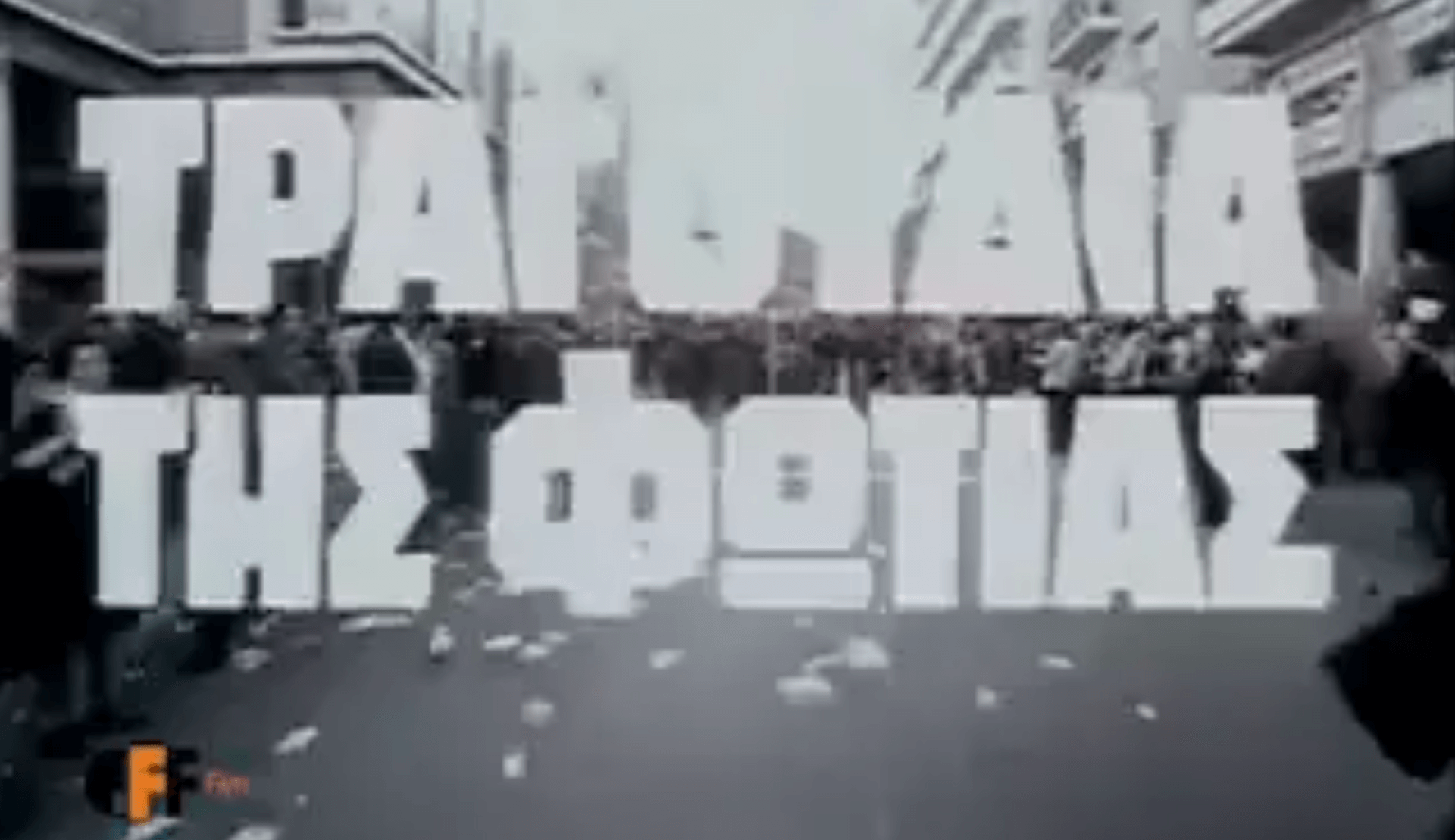 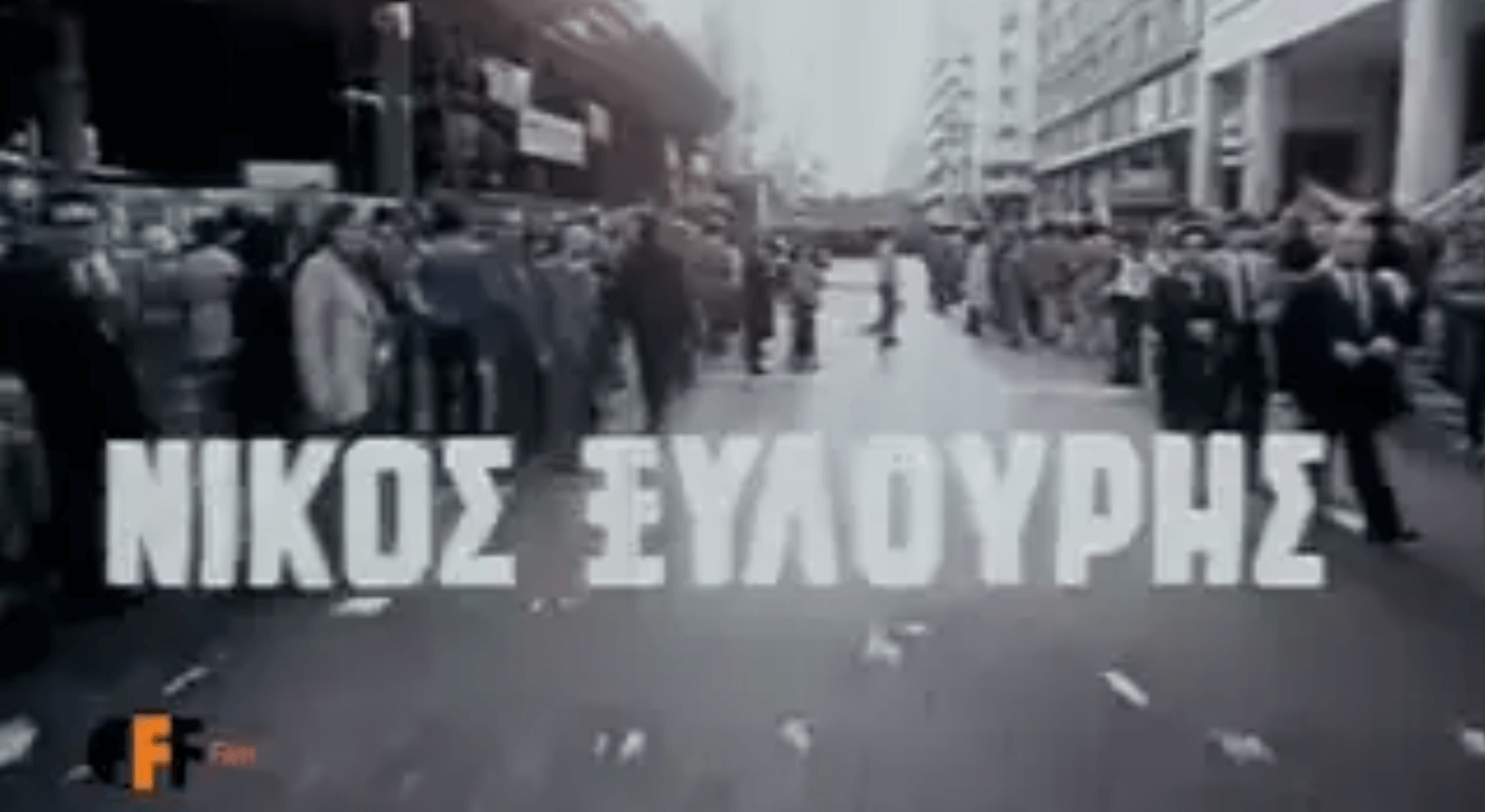 The photographs come from the archive of Finos film 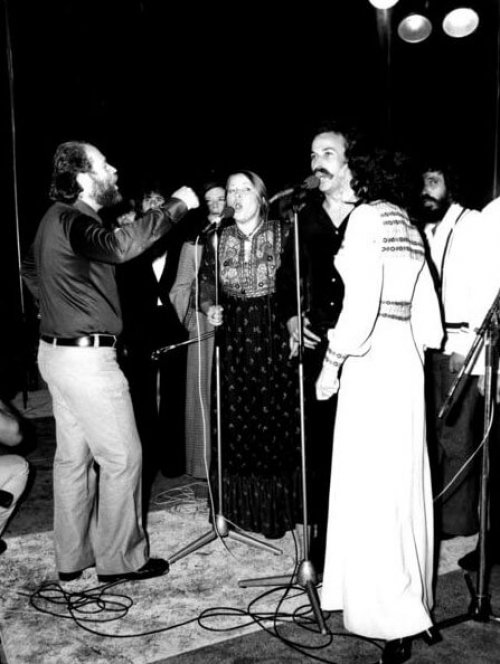 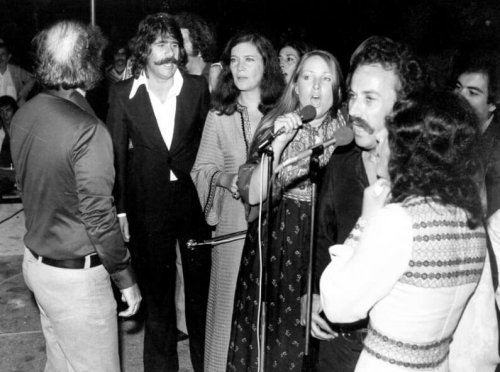 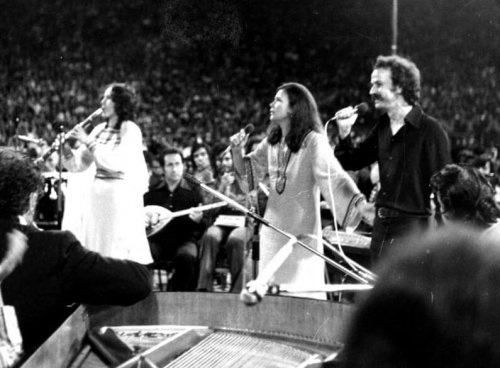 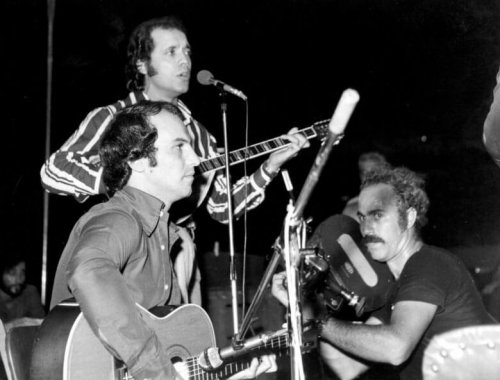 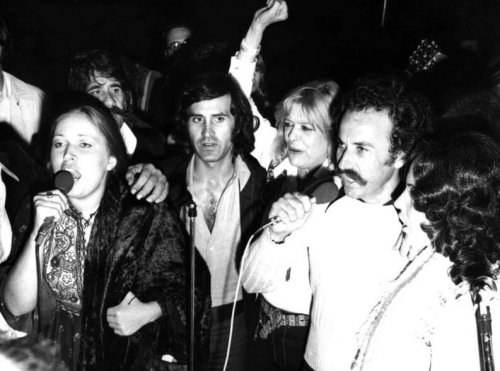 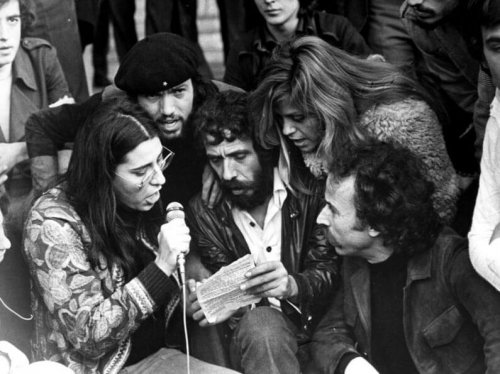