80 Years since the Battle of Crete

The film "The 11th Day: Crete 1941" was created by director and producer Christos Epperson and screenwriter and producer Michael Epperson. The funding was made by billionaire Alex Spanos. The photography is by Ian Asenbremer, edited by Jordan Dertinger, while the music was curated by the Composer Justin R. Durban.

The Veteran Warriors presented in the film include Sir Patrick Leigh Fermor and the hero of the Cretan Resistance, Georgios "Bahris" Tzitzikas. Also, during the film, Chase Brandon, a CIA member, and Andre Gerolymatos, professor of the Canadian University "Simon Fraser", comment on the historical events.

day: Crete 1941"), is a Greek-American film - documentary of 2005, about the Battle of Crete during The Second World War and includes testimonies of survivors of the period and the events of those days.

On May 20, 1941, thousands of German paratroopers (
German: Fallschirmjäger
) attacked Crete. It was the beginning of the Battle of Crete, the largest German airborne operation of World War II. The Germans believed that they would spend only a few days occupying the island, thinking that during the conquest of France it had taken seven days to capture Paris. They had not calculated the resistance in battle to the end of the inhabitants of the island from all ages, something that forced them to spend 11 days for the occupation of the island, in a Pyrrhic victory, since the German losses amounted to 6,698 soldiers and 370 destroyed aircraft.

The Cretan Resistance, with the help of hundreds of soldiers from the United Kingdom, Australia, New Zealand, as well as British of Special Missions Operations (SOE) and Americans of the Office of Strategic Services (the ancestor of the CIA), managed to withstand the war and create a laborious, time-consuming, costly and large-scale operation for the Germans.

The film also focuses on the kidnapping of General Kreipe.

The promotion of «11
th
day" in U.S. and Canadian Cinemas began in 2005. Since November 2006, the film has been available on DVD with greek or english language options and a photographic collection of more than 500 images. Also, on the official website of the film, the producers freely sell the - more than 2,000 images - material of their research. About 500 of them are rare and unpublished.

The film will be screened, on the occasion of the events of Honor and Remembrance for the 80 Years since the Battle of Crete, as part of an audiovisual tribute, by the Cultural Society of Crete and the Chania Film Festival, co-organized with the Region of Crete, the Municipality of Chania and the CFSP – CAM, the Friday, May 28, 2021, at 20.30, at Municipal Cinema "Kipos", with free entrance. 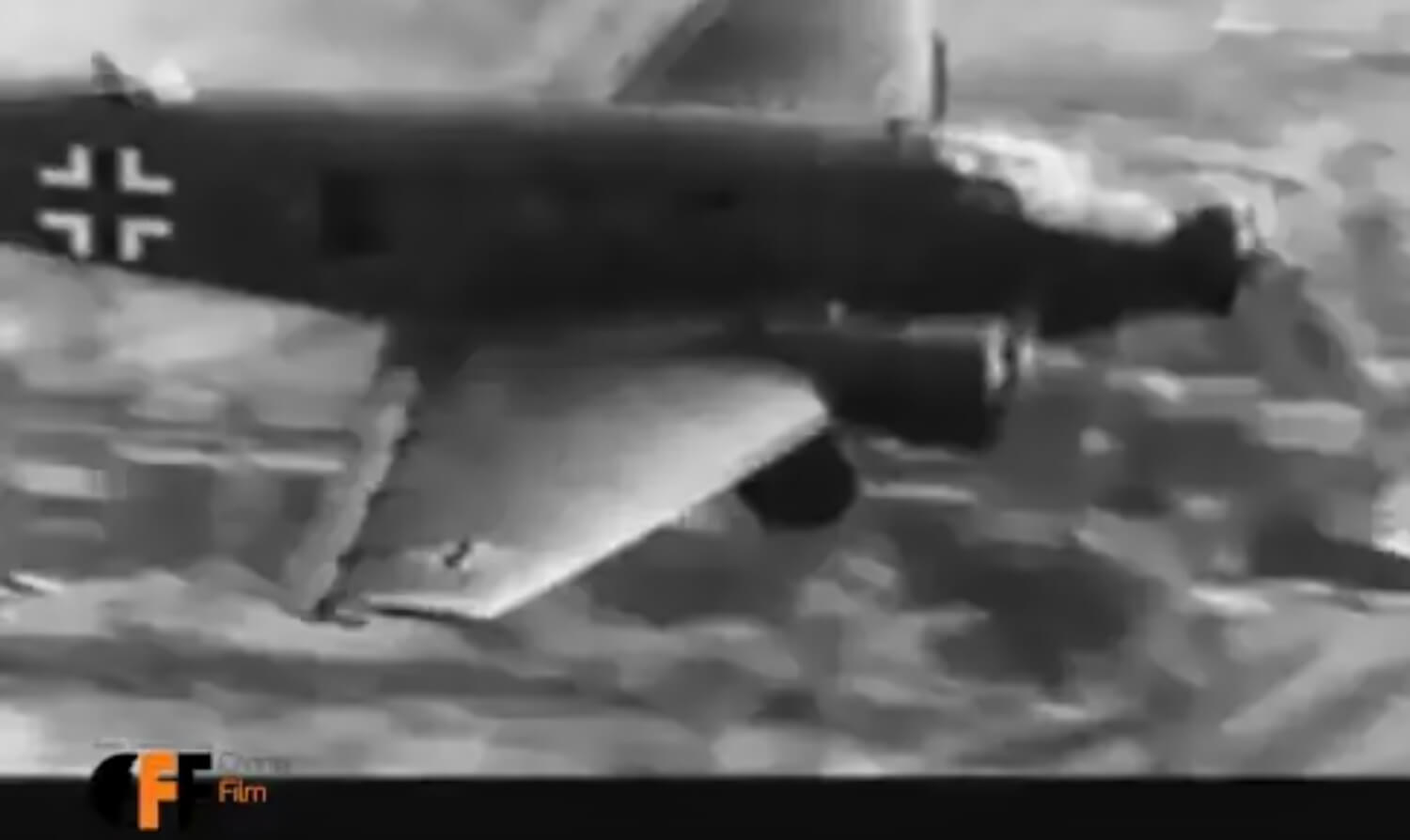 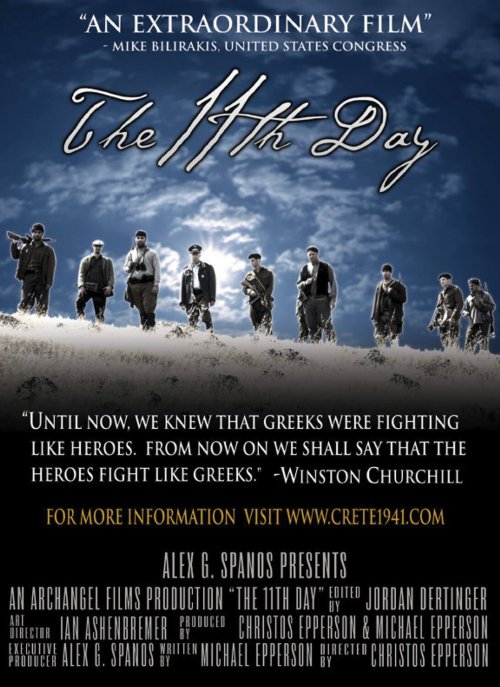 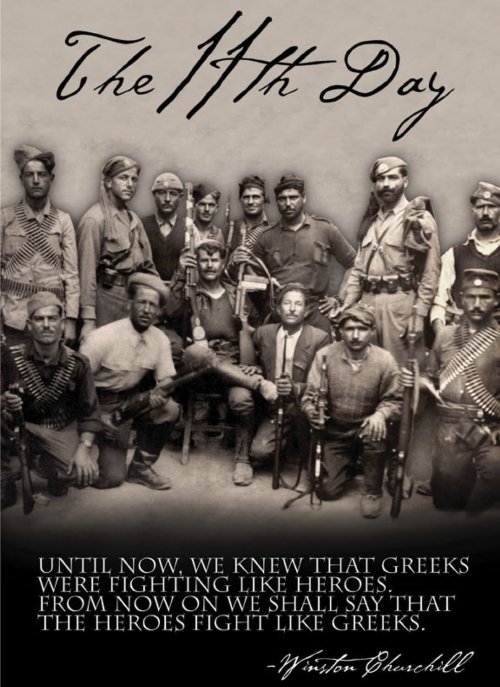 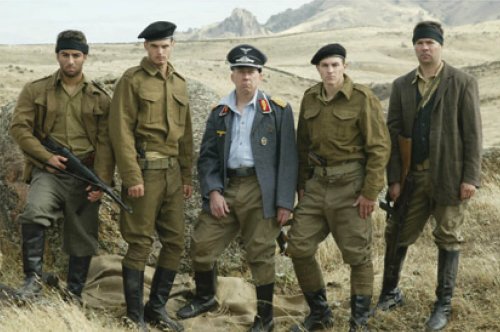 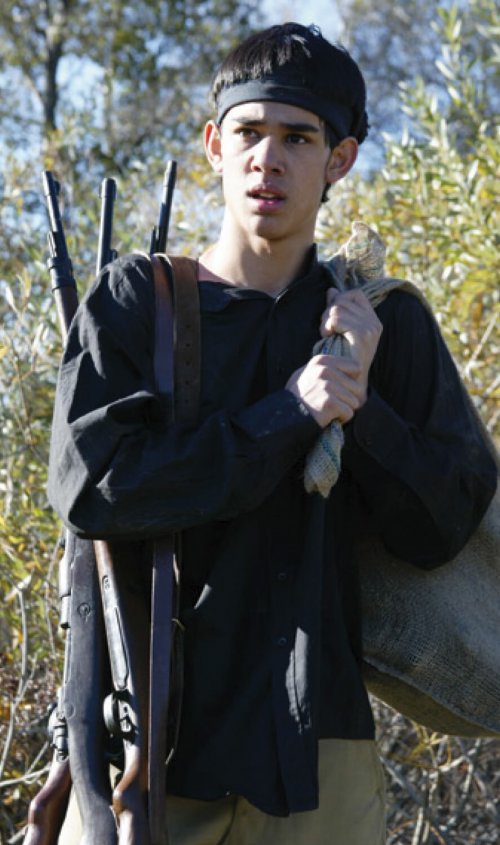 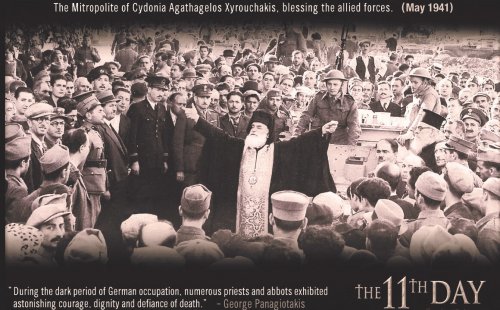