CFF Tribute to the 200 Years since the Greek Revolution

CFF Tribute to the 200 Years since the Greek Revolution

The first Greek patriotic films in the History of Cinema

The Chania Film Festival participates in the Celebration of the 200 Years since the Revolution of 1821 and remembers the first recordings of the Top Historical Event by the world of
7th
Art.

The first complete films of Greek Cinema begin, as we have mentioned in a previous Journey, in 1914, with the legendary "Golfo".

For the film "The Last Days of Odysseus Androutsos" we do not find enough information, despite the fact that it was shot by the company "Iro Films of New Greece" and that it was successfully screened in a Cinema in Thessaloniki, in September 1928. In fact, with the same success, it was screened in December of the same year in Athens. The film was funded by Dimitris Karras, produced by Dimitris Kaminakis. This film exists only as a reference and is considered lost.

In the same season, 1928 – 29, it was screened and "The banner of '21" of the company Grik Films, of Kostas Leloudas. The Greek-American director and producer created the film in Greece, about the Greek Revolution. The roles of the drama were covered by the inside. Starring the director's wife, Lea Lelouda, children of the neighborhood and the Katrakis. In this film made his maiden appearance the Chaniotis amateur actor, Emmanouil Katrakis. The Kostas Leloudas was the first person to discover his talent Manou Katrakis.

The shooting of the silent film took place in 1928, in Athens, Heraklion, Acrocorinth and Penteli. The production also had the help of the state, which offered for the shooting part of the cavalry, weapons, etc. The first screening took place at the Cinema "Salon Ideal" in Athens, in April 1929. "The banner", after its first screening, was renamed to "March 25, 1821" and went down in history as the first film appearance of Manos Katrakis.

Another film of 1928 was the notorious "Maria Pentagiotissa" by Ajax Films, by Achilles Madras. The most highly anticipated, the most famous film of that time. In the magazine "Cinematos Astir" it is mentioned: «... And another Greek effort, by Mr. Madras and Mrs. Frida Poupelina. After a long absence and a follow-up of the cinematic art in the famous Hollywood of California, they returned to Athens for the advancement of the art of cinema in Greece. They have also invited a Viennese cameraman, Mr. Albekrtker, and he began shooting their Greek film.

Apart from the leading couple Madras - Poupelina, Emilios Veakis, Emmanuel Kantiotis, Sparidis, Damaskos, the journalist and critic Iris Skaraviou and many others took part in the film. The film was expected to be the most important event of that time, but the result belied all expectations.

How much struggle and how much toil for the shooting of the film, with state aid, with 50 horsepower along with the riders, the officers, 20 evzones of the palatial guard with their lieutenant who played the role of Otto! But the result was tragic. The film was shot silently, and then the sound was added, which was processed in Hollywood. It is noteworthy that all the male voices were dubbed by Achilles Madras and the female voices. Frida Poupelina.

With a romantic cinematic mood we can consider it as an important record of early and ambitious Greek Cinematography. From "Maria Pentagiotissa" by Madras, several meters of film that he gave himself in the 60s to the Greek Film Archive have survived to this day. 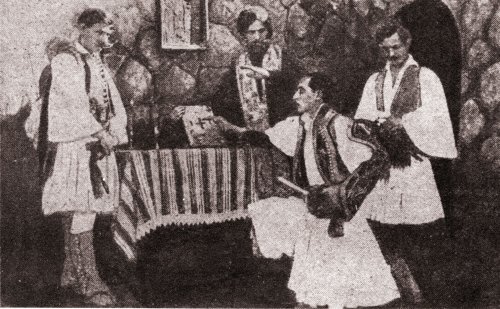 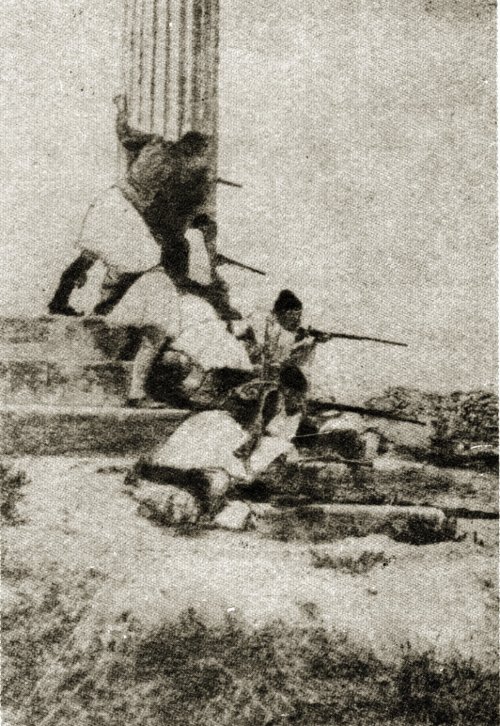 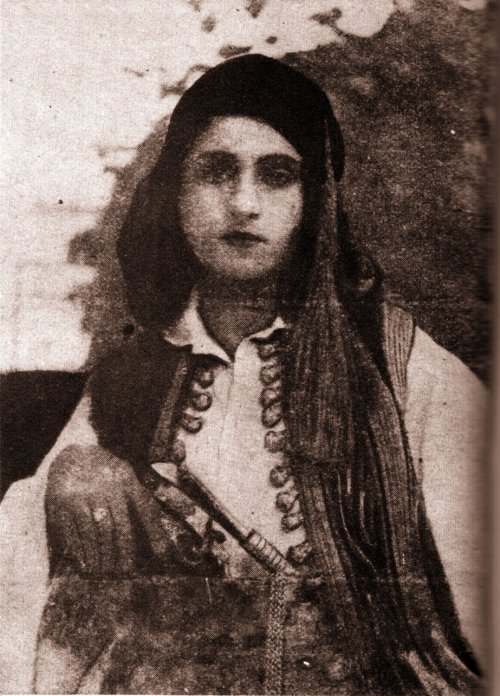 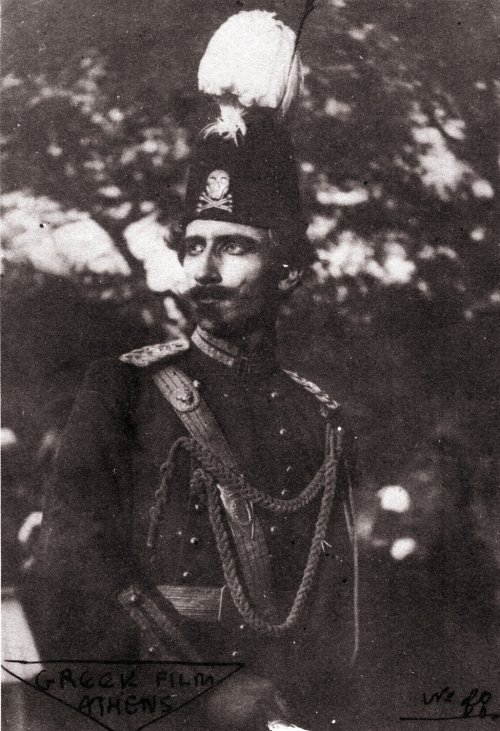 Material from the film of Achilleas Madras "Maria Pentagiotissa" (1928) 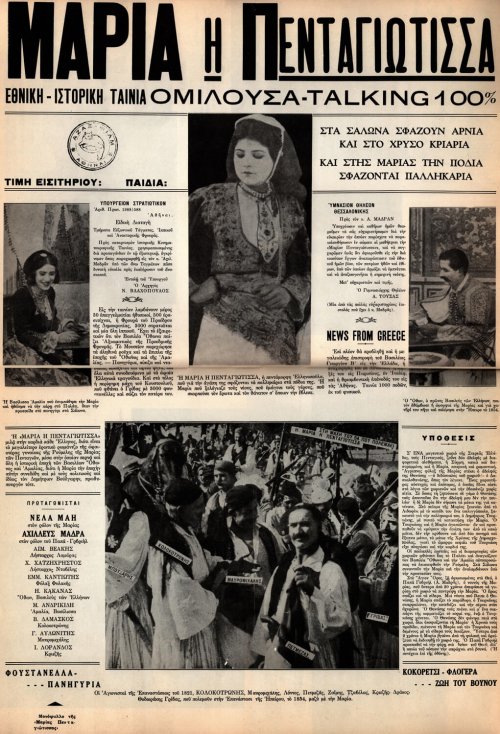 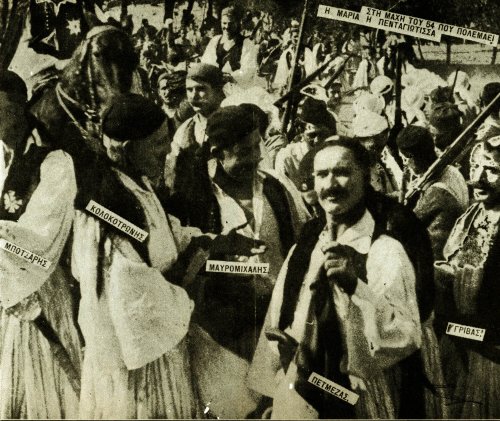 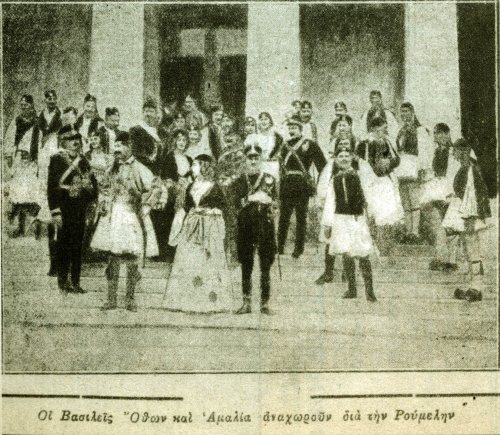 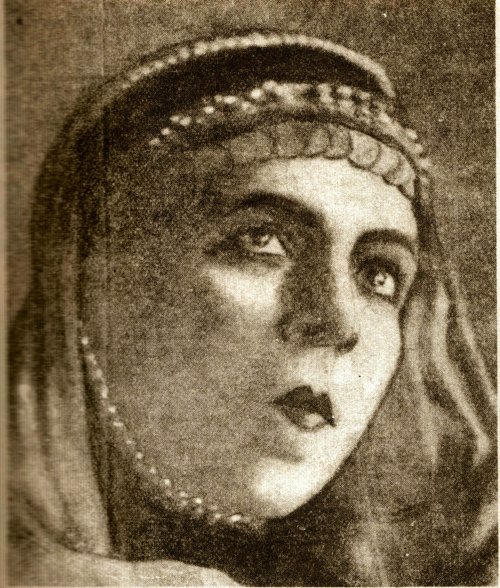 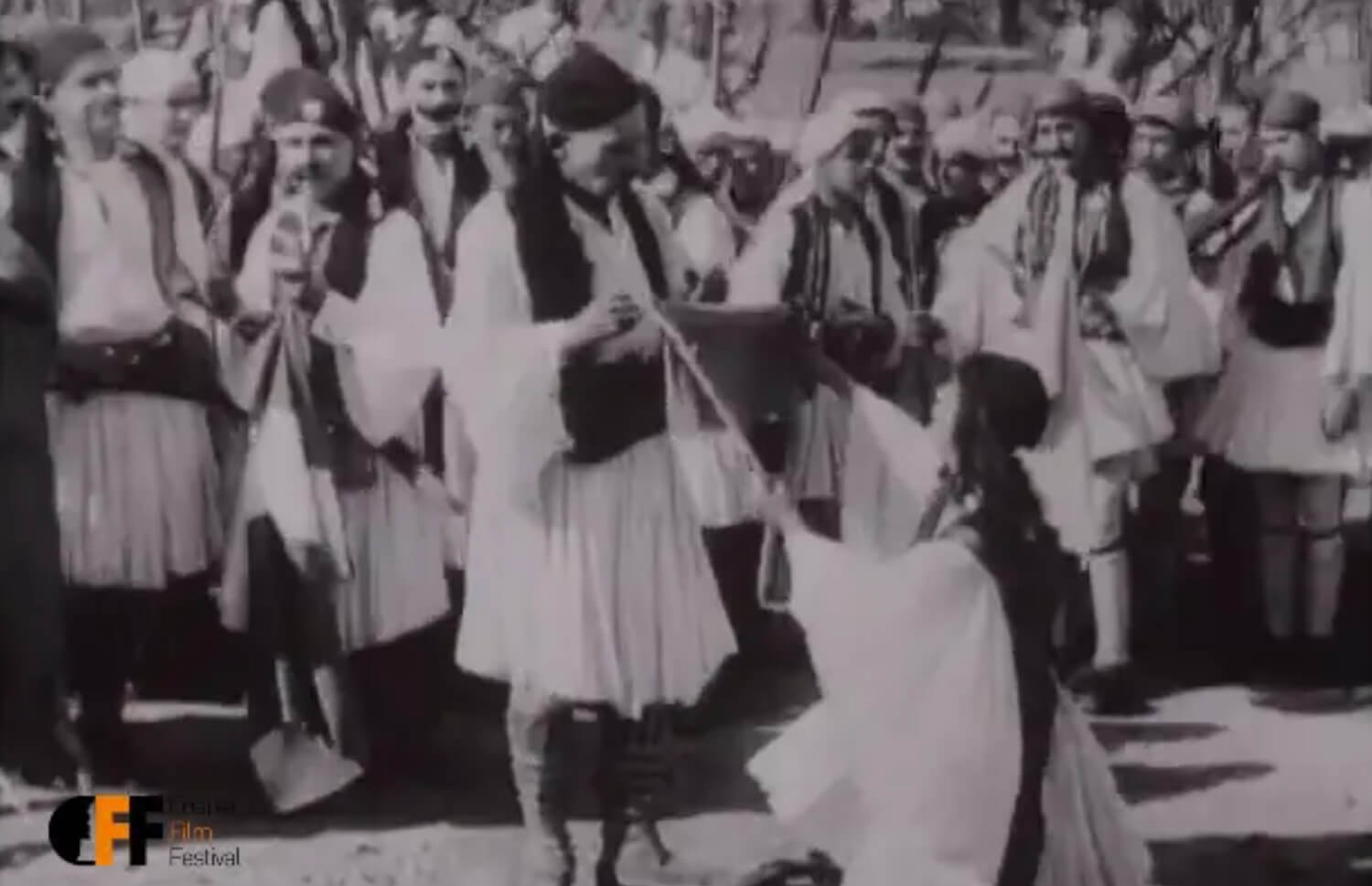