Manos in his own words...

On June 15, 1994, Manos Hadjidakis passed away, a few months after the death of Melina Mercouri. I do not know why I always connect in my mind, these two glamorous Greeks, but I think that whoever of you has seen them in the video that exists on youtube, singing together, in Greek and French, "Sun – Antonis", understands me...

They do not reach – even in our rich language – the designations that could cover the size of Andros. Hadjidakis was / is the Creator, the Musician, the Poet, the Composer, the Lyric, the Revolutionary, the Philosopher, the... the... Any reference to the work and its value would be trite and perhaps incomplete.

So, 27 years after his departure, I chose in the small tribute of "Little Journeys" to his Memory, to quote some excerpts from the book "The mirror and the knife", which contains his texts and opinions, which were published from time to time. To remember Manos, through his own words.

"My life was not the life of a musician. It was more the life of a dangerous and restless young man, that the music managed somewhat to calm him down and make him on the surface legitimate."

"True talent is a flaw in our time. Because our duty, as true Greeks, is to pretend that we have talent."

"Lover of Art is the amateur. And you have to understand that. And let all young people understand it."

"I have to admit that there is a strange confusion in our country between the word 'culture' and 'culture'. Culture has as much to do with culture as farming can have to do with creation."

"At that time we did not imagine (s.s. means he and Nikos Gatsos) that someone could ever sing the "Paper the moon / fake beach". It was the time when everyone sang "Take the girl / don't chastise her". The apotheosis of petty bourgeoisie."

"To Genet I owe what I contain sacred: to despise the habits of the many, the logic of the state, the morality of my relatives, to passionately love the hunted, the unorthodox and the revisionists. I am saddened that I was late to meet him, so I could not become a Saint myself. I just stayed loyal."

"Konstantinos Karamanlis. I was lucky enough to live with him. The only Greek politician who gave me confidence and comfort as to my Greek origins. He left neither descendants nor descendants. I consider him a deep friend of mine. He taught me the art of pride."

"I need the money to comfortably despise those I have to not know and greet."

"The death of a true and powerful figure for the place is, in any case, comforting. That's why both the State and the people celebrate it, honoring this so illustrious deceased. Everyone thinks "At last, it won't go any further." And still: "We will be able to keep quiet about what is bothering us. We will misinterpret that we missed it. We will exploit the ambiguities and intellectual inadequacy of the citizens. We will build a monument tailored to it. Harmless."

"What I told you was my songs. As you understand, I didn't write them to have fun, I wrote them to listen to them and to make yours what suits you or what suits you. Leave the rest for others and what is left for me. Because I have to admit that I wrote my songs to fill in the gaps of my personal life. Hence my sensitivity to the way you accept them. Beware: don't hurt me by taking what belongs to you." 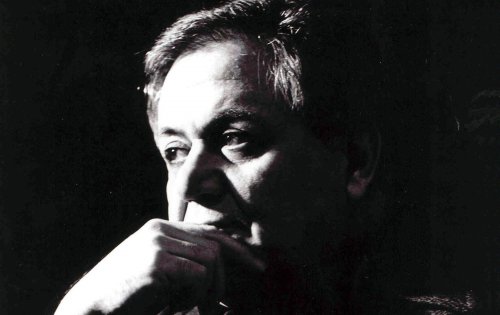