when in Greece Culture made headlines

Melina Mercouri is a personality that rose above her time, expressing over time with her attitude to life and her battles for Greece, the free spirit, the great mind, the love without limits for our country, the militant resourceful man. A star who charmed people and was much loved. Her first name is enough when we talk about her. It was, is and will be Melina, our Melina.

Melina of Theatre and Cinema, Melina of Politics, Culture and Education, Melina of Greece, Melina of the whole world. Melina who traveled our country to the ends of the earth. The explosive Melina who did not hesitate in difficult times to abandon essentially her artistic career and shouting about our Democracy and Freedom. At the time, French students in Paris called her La Mere Courage. Later, as a Politician, he did not hesitate with great boldness and deep knowledge of history. to claim the return of the Parthenon Marbles to the area they belong to. He did not hesitate to claim the Law, our right.

Marguerite Duras wrote about her: "Indeed, melina's personality coexists with the imposing "lightness" along with the seriousness that stems from the deep contempt for the idea of ownership and comedy. Its freedom re-establishes a different kind of property: not to own the slightest is a sign that you already possess something, that minimum that slips away from any exclusive or specific possession. To possess nothing, it means that you possess Athens, the sea, love, joy and together your purifying despair. This is Melina. Citizen of the Sea and citizen of Freedom.

All the walls around her fall. She can stand naked at the center of her universe. An adventurer of a metaphysical space, Melina embodies Modern Tragedy – not with the classic tunics or robes – but the one inspired by disturbing clarity and brightness. I am the Melina you have in front of you – she tells us – or you accept me or you reject me."

The Chania Film Festival and the publications "Compass of the City" dedicated 2020, on the occasion of the 100th anniversary of her birth, to the "Last Greek Goddess", as the foreign press described her, an anniversary edition, which bears its name and the subtitle "when culture in Greece made headlines". Through the pages of the book, we remember the emblematic personality through her own words and the words of others about her, her life unfolds in all her expressions, the Theatre, the Cinema, the Politics, accompanied all this by a rich archival and photographic material. And we remember her visions, a legacy for the present and the future. Visions for Culture and Education. 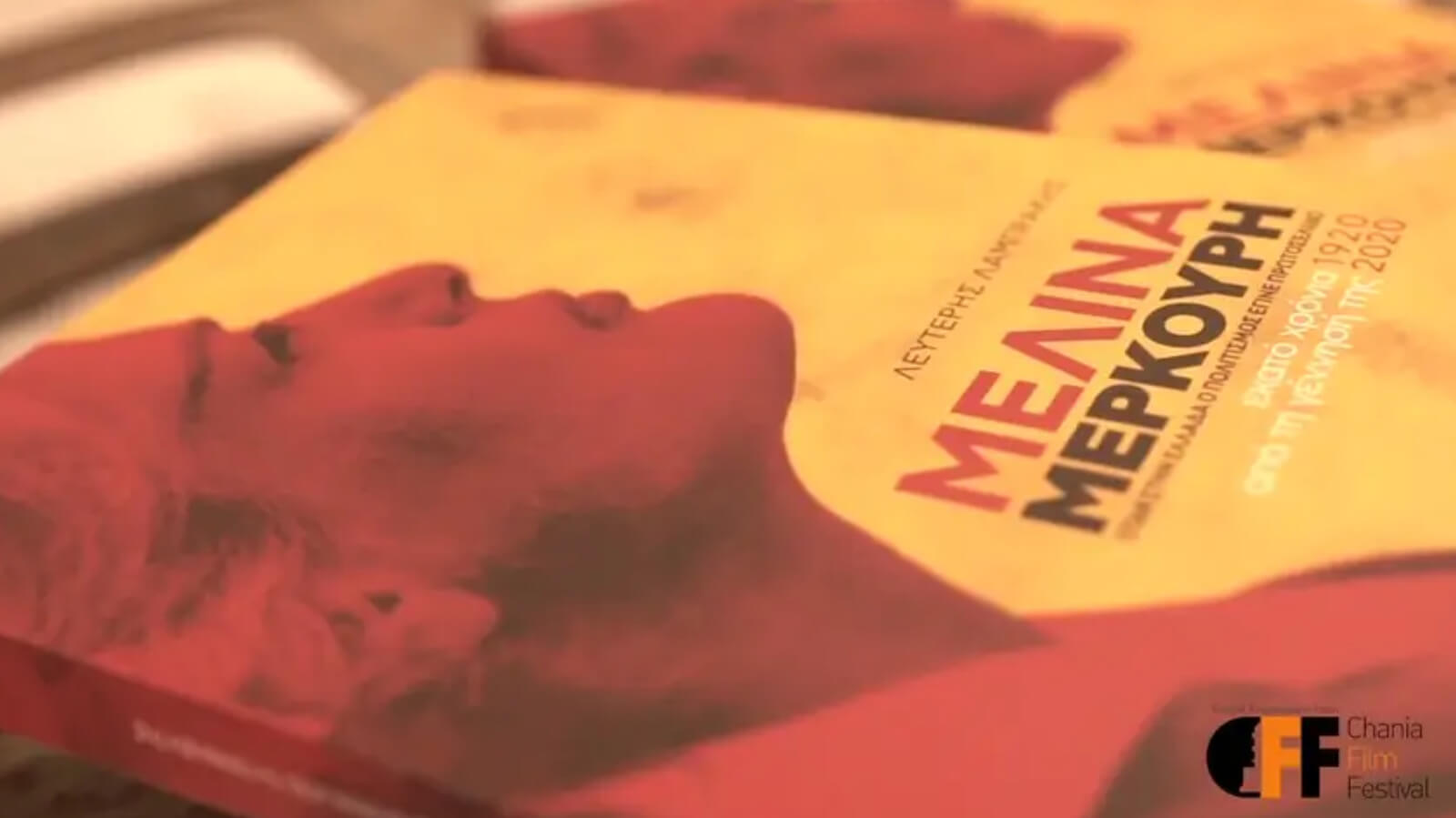 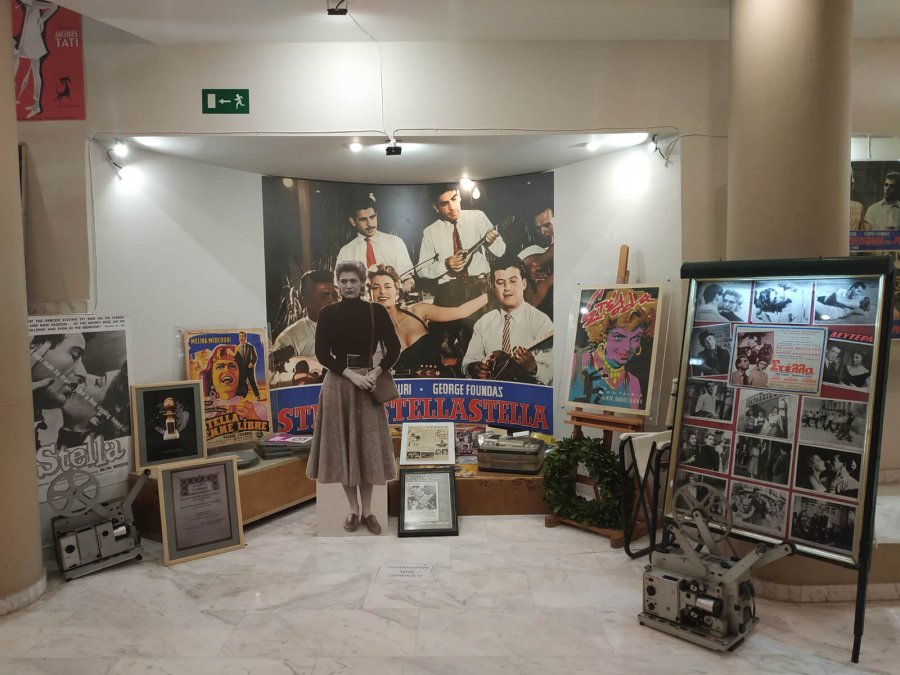 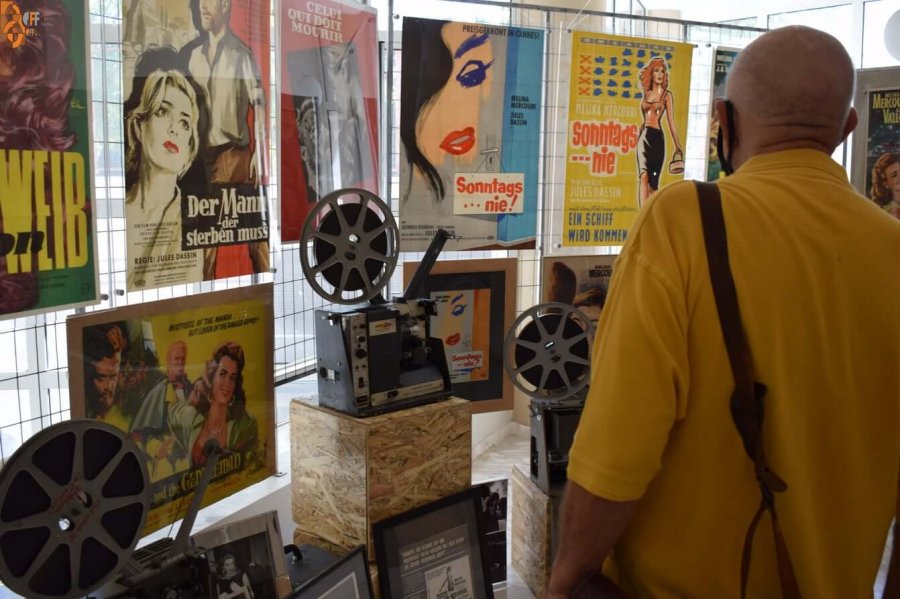 "Melina Mercouri, one hundred years since her birth" in https://archive.chaniafilmfestival.com/product/melina-book/ 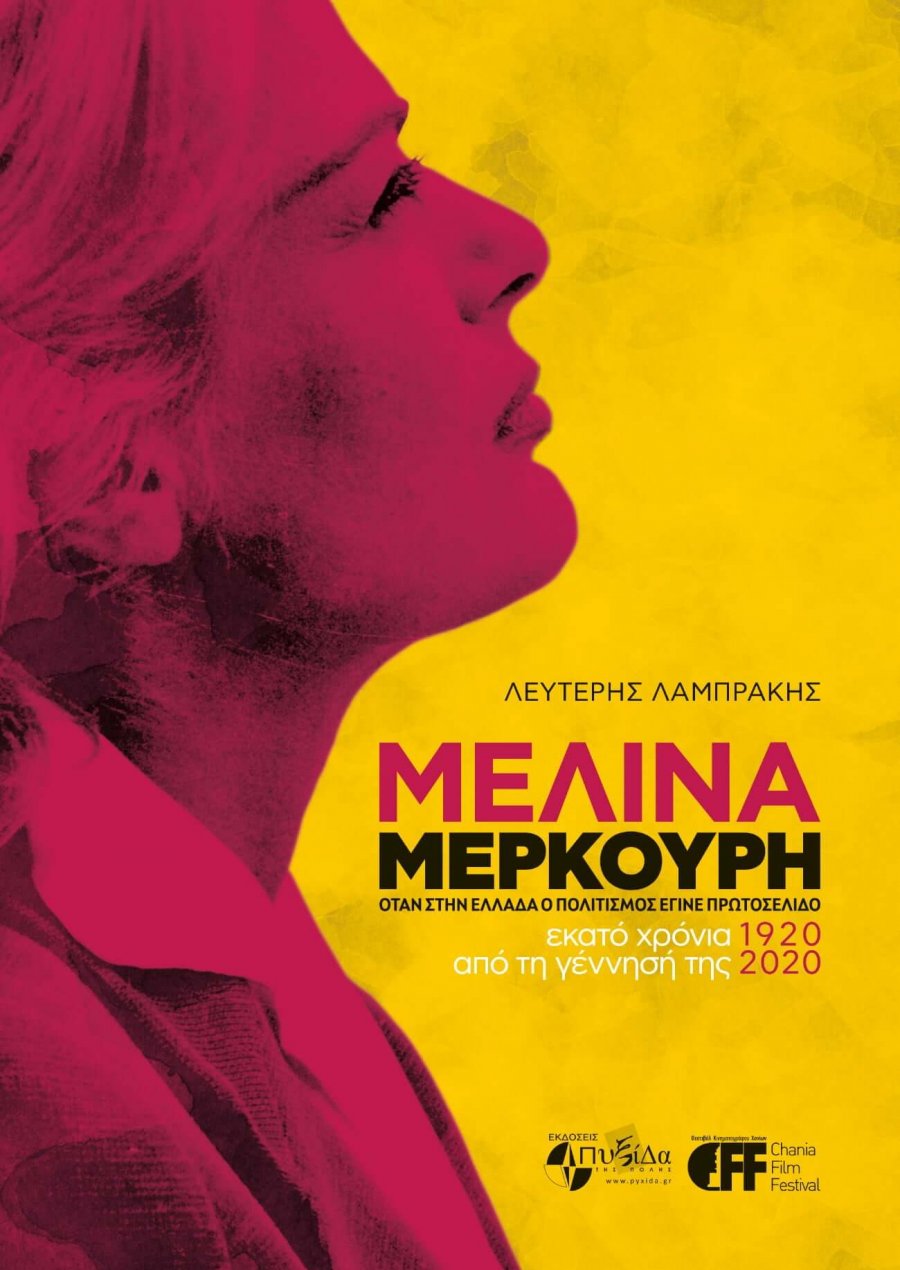 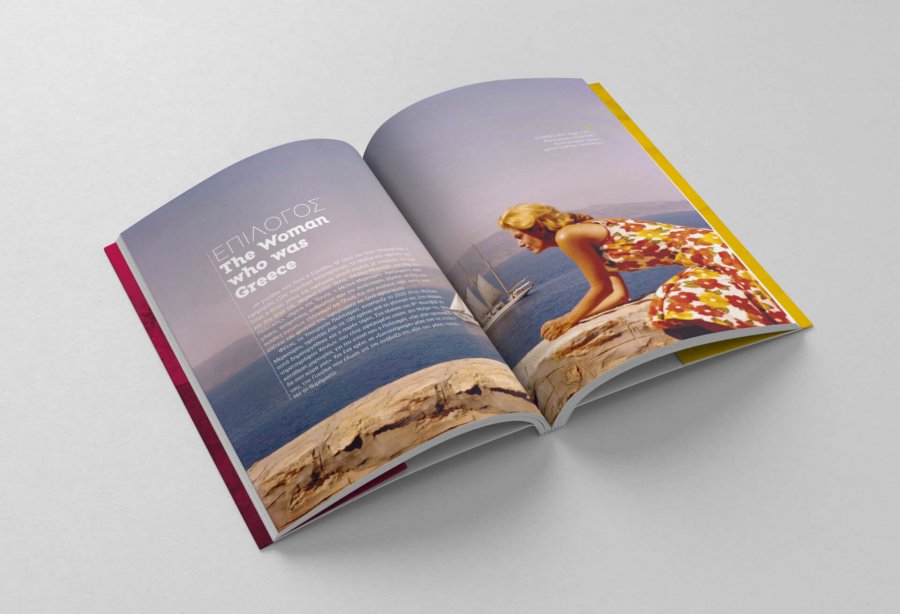 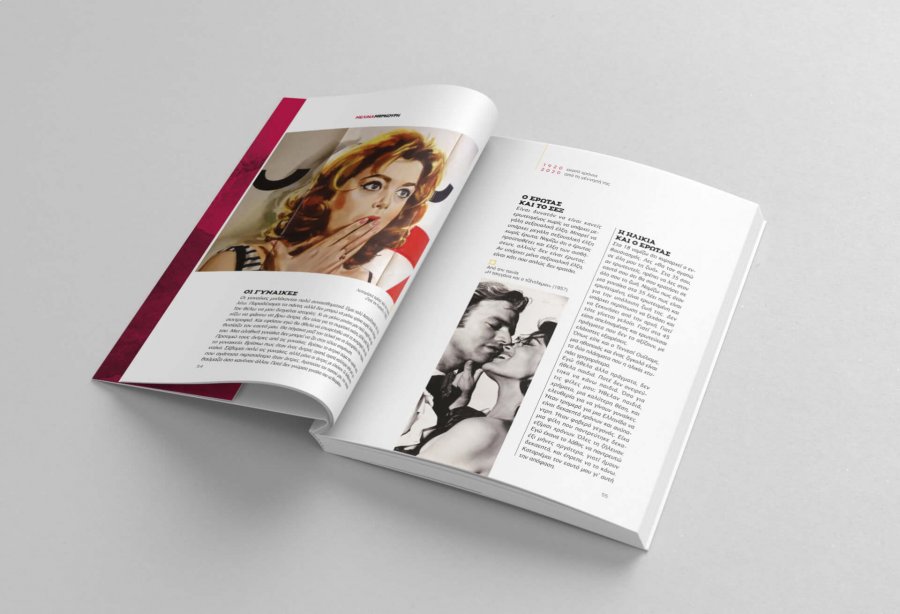 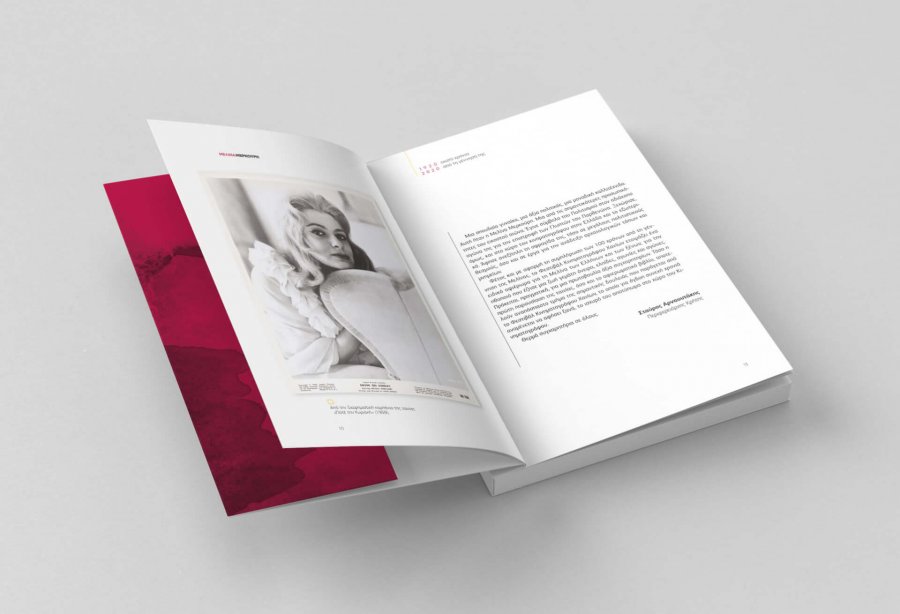 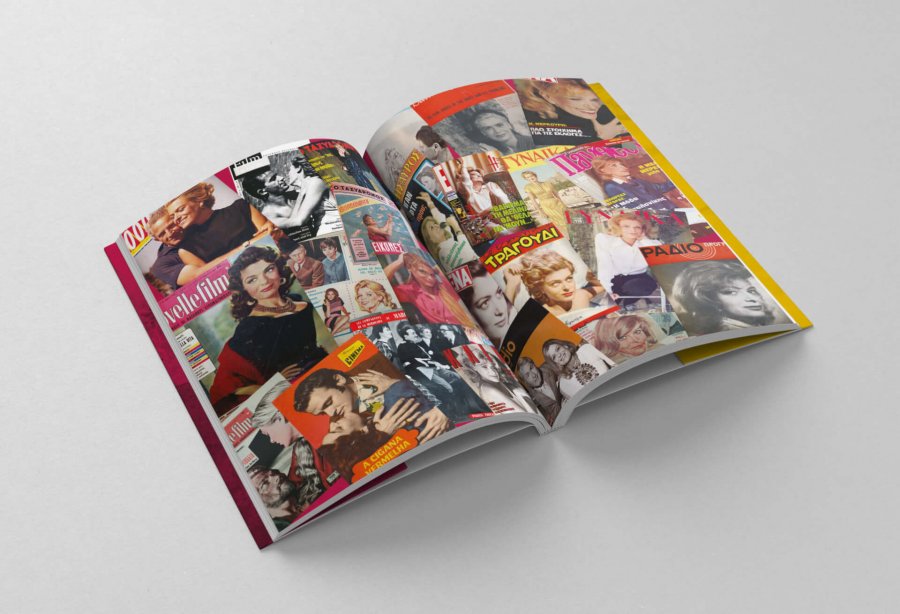 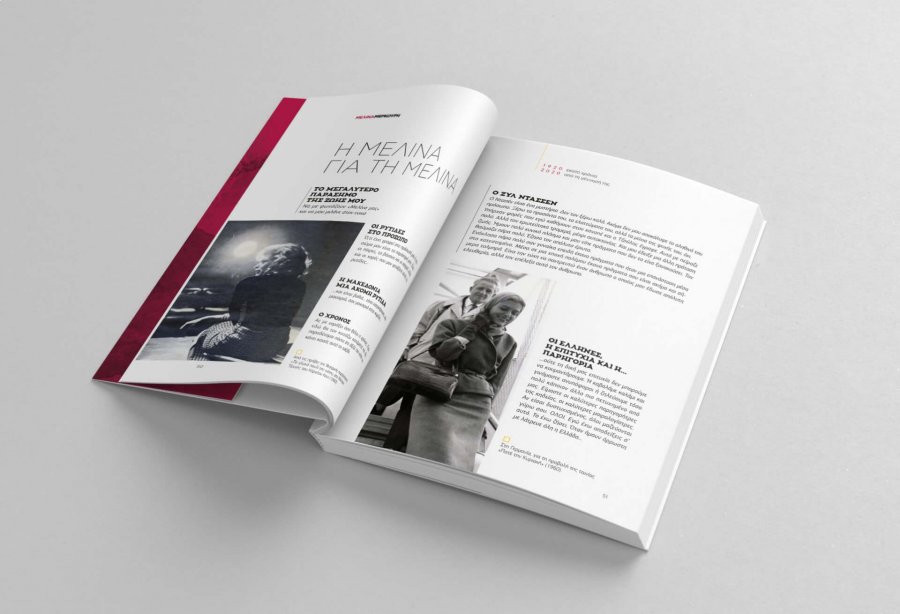