Stork's Meteor Step / The Suspended Step of the Stork

A young reporter during a report on the border, discovers a city, a face and an image. The city, a small border town, has the character of an "edge of the world". The locals call it a "waiting room", because it is inhabited by refugees from other countries who once secretly crossed the border and live there in ghettos, dreaming of leaving, rebuilding their lives "elsewhere". The person is an elderly refugee who lives there cultivating a field but who the young reporter is sure to be the same person as a personality of Greek political life who disappeared a few years ago, leaving questions about his disappearance. The image, finally, is himself on the bridge - underneath passes a river - that separates his country with the others, with one foot raised in the air like a stork. If I take a step, I'm elsewhere, or I'm dying. A film with rust colors, on the melancholy of this end of the century.

Four countries-France, Greece, Italy and Switzerland-converged upon the production of Suspended Step of Stork. The film is set on the Greek border, where a steady stream of refugees flows on a perpetual basis. Reporter Gregory Karr thinks that he's spotted a familiar face among the anonymous throngs. It is the face of Marcello Mastroianni, cast as a politician who has long been missing and assumed dead. Karr takes it upon himself to repatriate the woebegone Mastroianni, starting with a reunion between the ex-politico and his reluctant wife Jeanne Moreau. 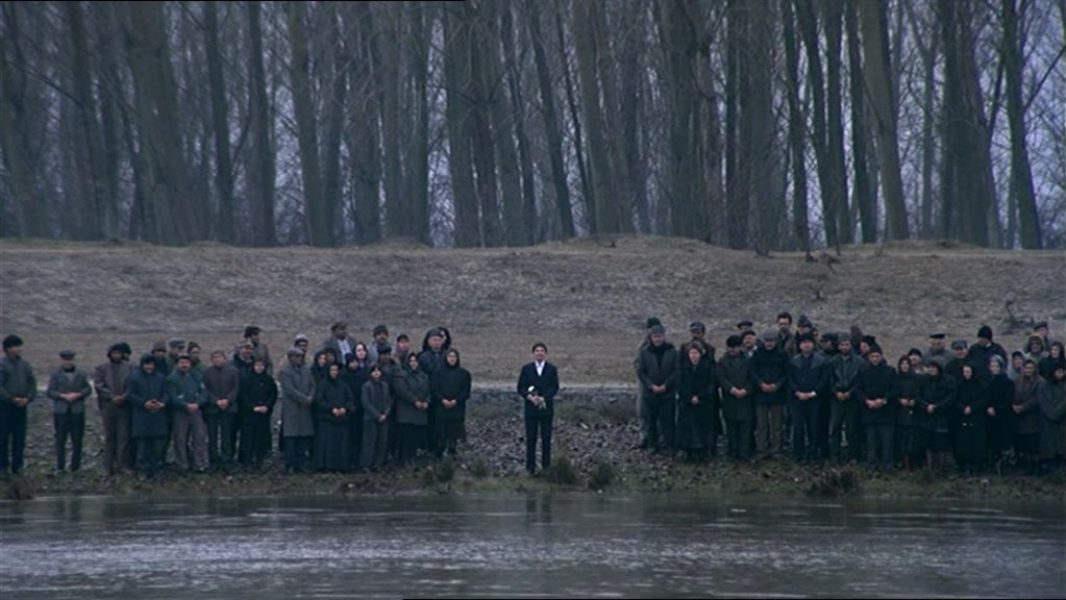