With the latest documentary by Stavros Psyllakis FOR WITHOUT WORDS, meetings with Giorgos Maniatis, the 2020 Screenings begin the Chania Film Festival Club on Thursday, January 9, 2020 at 10:00 pm at ATTIKON Cinema. The screening will take place in the presence of the director. The screening will be followed by a discussion with the audience.

Giorgos Maniatis (1939-2018), legionnaire in Algeria at the age of 18, writer and musician afterwards, defines himself as a “public danger”. The film is not a biography of Maniatis. He seeks the adventure of his soul, a consciousness in constant alertness, incendiary and self-immolating. “It changes life, whoever changes lives”, he tells us…

Elisavet Chronopoulou (writer-director), writes about the film of Stavros Psyllakis:
[…] If the technique of storytelling consists of choosing by excluding and enlightening by shadowing, Psyllakis in this film starts from a clear choice: He does not organize his material by putting forward the question “who is the hero”, a choice that would lead him to the shadow-writing of a portrait, but following a path parallel to that of the fictional narrative, focuses on the question “what does the hero want, what is his existential need and what he does to fulfill it. In other words, he chooses to tell us an adventure. The adventure of a man who wants to find in this world a place that he deserves. A man who, at the age of seventeen, refuses to accept the identity that was predetermined for him as a label and feels the need to establish himself an identity for himself, to give content to that label, the content he wants. And this content is nothing but the ideal of virtue, as he says. […]

Director’s Biography:
Stavros Psyllakis was born in Chania in 1954. He has obtained a degree in Electrical and Mechanical Engineering from the National Technical University of Athens and a degree in Directing from the E School. Hatzikou. He was a scholar of the French state in Paris, where he studied directing an anthropological documentary at the ATELIERS VARAN. He received theoretical and practical training in video and film 16mm.
Filmography (selection)
2000: The Man Who Annoyed the Universe, Documentary 52′
2009: There was no Other Way, Documentary, 87′
2010: The Survivors, Documentary, 29′
2012: Metaxa (listening to time), Documentary, 87′
2014: Short Roma Stories, Documentary, 67′
2015: Olympia, Documentary, 45′
2015: The Inner Light, 92′
2019: For No Reason: meetings with Giorgos Maniatis, Documentary, 98′

You can read more about the film at the links below:

See the full program of the Club until April:
https://archive.chaniafilmfestival.com/cineclub/

The January we are waiting for you with 5 unique films:

Make your application for the card online at the link below and receive it before the time of the screening or get it at the entrance of cine Attikon at the special stand, every Thursday before 10pm. 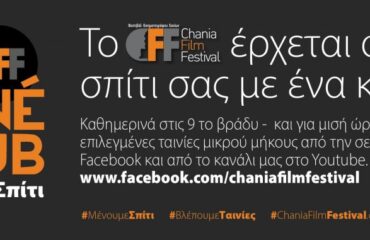 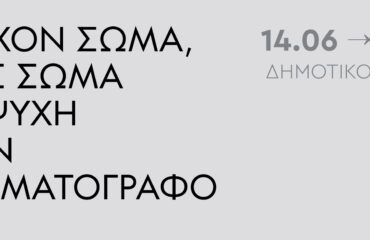