The Chania Film Festival in collaboration with the Ephorate of Antiquities of Chania and the Regional Unit of Chania -Region of Crete, are organizing at the new Archaeological Museum of Chania, a special two-day film festival (8 &9 September) entitled CINEMA AT THE MUSEUM .

The courtyard of the new Museum will host for two nights lovers -and non-fans- of cinema, with two separate proposals:

The French documentary À voix haute-La Force de la parole is followed by a group of students from the suburbs of Paris, who take part in a rhetorical contest, although most have not spoken never in public.

“Reason is the weapon that allows us to defend ourselves, but also the means to conquer the world,” say the students involved. Their decision to expose themselves to the public reveals their need to share emotions, defend ideas, but also to express their dreams. The camera follows the protagonists in the process of preparation but also in their daily lives, in the neighborhoods of the suburbs of Paris.

Beyond a simple contest rhetorical, À voix haute-La Force de laparole is a documentary about the power of speech and the will to we exceed our limits.

*With the support of the French Institute at Athens

Concerto for piano and silent cinema*

With the distinguished soloist and composer, Giorgos Saltaris

It is a different journey in the 7th Art of the 1920s and 1930s, the time when the music did not play a simple accompanying but a leading role in the evolution of a a motion picture, as well as, in the absence of a talking dialogue, in every screening there were professional musicians on stage – even whole symphonies orchestras, which performed the soundtrack of the film live throughout its duration.

Reviving that era, Giorgos Saltaris will perform his concerto on stage, investing with a piano charlie Chaplin’s masterful romantic comedy The Lights of the City, which will be projected simultaneously on the big screen with English and Greek subtitles. The soloist chose to accompany with his music one of the most moving and human films in the history of world cinema, on the subject of self-denial and selfless love for the weak fellow man.

Cinema and music in a conversation on stage, on a magical journey into his time silent cinema. 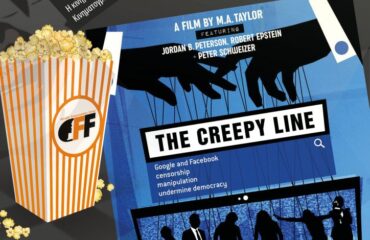 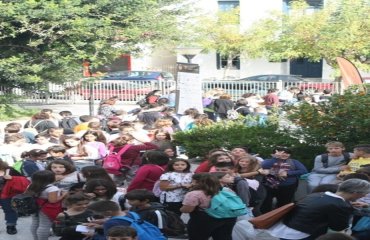