Eleven awards in Chania, in films of Chania Schools, from the 11th Cinema… did you read?!

Eleven awards were won by films created by Schools of Chania, within the framework of the Educational Programs cine Lessons and CReDoc / Crete, Oral History, of the Chania Film Festival, in the 11th International Student Short Film Competition “Cinema… did you read?!”
It is worth noting that the films were created in the first half of 2020, under particularly difficult conditions due to Covid19 and are, in their entirety, a practical proof of the fact that the documentary has the potential to bring children together in Local History in the best way, while getting to know them the Art of Cinema.

We would like to point out that 110 films from Greece and Cyprus participated in the competition and the Schools of Chania won awards and distinctions in all categories where they participated.

The Chania Film Festival congratulates students and teachers for their distinctions as well as their partners, trainers and advisors in school creations. Unique commitment, the continuity and development of the effort of all of us!

CATEGORY I CARE AND ACT

Distinction of music inspired by tradition:

The 11th International Student Short Film Competition “Cinema… did you read?” was organized by the Directorate of Primary Education of Serres, the Short Film Festival of Drama, the General Secretariat for Communication and Information, the Department of Educational Radio and Television and Digital Media of the Ministry of Education and Religious Affairs of Greece, ERT SA (Hellenic Radio Television), EKOME (National Centre for Audiovisual Media and Communication) and the Embassy of the Republic of Cyprus in Greece – Cultural Office – House of Cyprus.

The films that were distinguished were selected by an 18-member Committee and their evaluation criteria are:

-the philosophy and the basic messages of the creators

-the substantial participation of students in the creation process

-the use of cinematic tools, the cinematic language

THANK YOU FOR YOUR COOPERATION 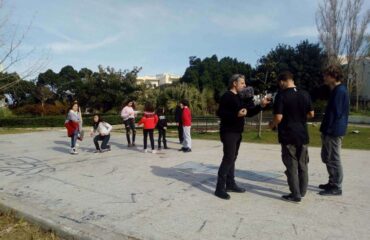 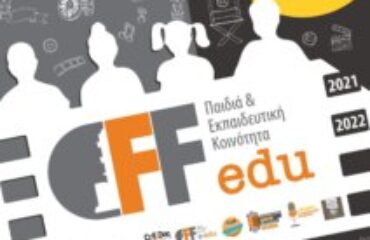