The corruption of the state and the scandal of the looting of 3.5 billion of the Investment Fund in Malaysia, through the film The Kleptocrats (The Kleptocrats ), are presented on Thursday, February 27, 2020 by the Chania Film Festival Club.

Synopsis:
The film titled The Kleptocrats (The Kleptocrats ) comes from an investigation by The New York Times, Wall Street Journal and Hollywood Reporter describing the scandal of the looting of 3.5 billion of the Investment Fund in Malaysia. As stated in the film’s description, the three media “discover dirty money, through real estate negotiations and film funding, such as The Wolf of Wall Street, back to the top echelons of the Malaysian government.” It is commented that sometimes cinema can capture in an incredible way a true story on screen, but The Kleptocrats goes a step further after unfolding a story, making backstage action as compelling as the main story. This scandal is described as “the largest robbery in the world that includes state corruption at the highest level, abuse of power and international money laundering.”

You can read more about the film at the link below: 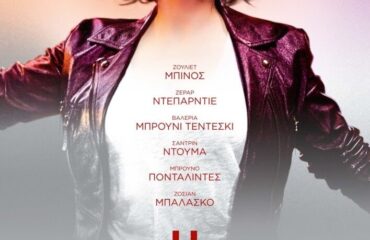 “The sunshine in me”, by Claire Denis from the Chania International Film Festival Club

“Eftihis Bitsakis: The thought, the action” the story of a lifetime in a documentary

Philip Lioret’s sensational WELCOME – at the first screening in Crete – on Thursday, December 5, 2019 by the Chania Film Festival Club