The Film Club of the Chania Film Festival returns dynamically and for the first time with its summer edition! After a pause of many months, we look forward to meeting the friends of cinema again in the ultimate summer enjoyment with a special program of screenings in four two-day periods at Municipal Cinema KIPOS, during the summer, with the support of the Municipality of Chania and the CFSP-KAM. Each two-day event is a small thematic unit as a tribute to special genres of cinema.

We begin the first two days with a small tribute to the classic cinema and the “sacred monsters” of the seventh art. The Wednesday, July 7 , we present the film

by cinema master Alfred Hitchcock, starring immortal stars Carrie Grant and Ingrid Bergman: “Love, espionage, suspense… in size larger than life, in one of Hitchcock’s most enjoyable films, which defined the style of his American period.” (Read here https://flix.gr/cinema/notorious.html all of Flix’s review). We note that in the film, among others, participates the Chaniotis actor Alexis Minotis who at the time of the creation of the film is in America and participates in a series of films.

Thursday, July 8, is followed by the hilarious mystery comedy Murder By Death

by Robert Moore: “An all-star cast that starts with Truman Capote and doesn’t end in Peter Sellers, robert moore’s legendary film from 1976, characterized by Neil Simon’s charismatic pen and her stubborn attitude of never taking herself seriously.” (Read here https://flix.gr/cinema/murder-by-death-review.html all of Flix’s review).

The second two days, Wednesday 28 and Thursday 29 July, will be dedicated to music and cinema. At the same time, we meet, as every year, with CINEMAS UNDER THE STARS in the squares of villages and neighborhoods of the Regional Unit of Chania.

(Friends Card holders can make use of it) 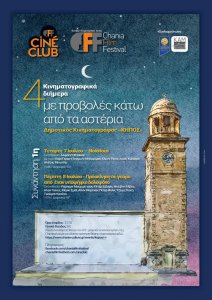 The 21st Thessaloniki Documentary Festival 10 and 11 April in Chania 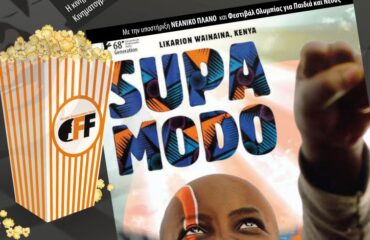