With the Z of Costas Gavras begins – on Wednesday, October 20, 2021 – the 9th Chania International Film Festival honoring the memory of Mikis


Chania Film Festival
, honoring the Memory of
Mikis Theodorakis
, chooses to premiere with an emblematic collaboration, which created one of the most important films of Greek cinema. The
Z
by
Kostas Gavras
, based on the book of the same name by
Vassilis Vassilikos
and music by
Mikis Theodorakis
.

The screening is done in collaboration with the Greek Film Academy and is part of the synergy between the two Institutions, within the framework of the programme COUNTRY, I SEE YOU, which will host in Crete the Chania Film Festival. COUNTRY, I SEE YOU: a program of rescue, digitization, projection and study of films from the rich heritage of Greek cinema of the 20th century, in the context of the Celebration of the 200 years since the Greek Revolution.

The screening is supported by the

“Any resemblance to true events, to faces alive or dead, is intentional!” note the creators. The sincere rage that runs through Gavras’ classic political thriller becomes apparent in every frame, from credits to looks, from demonstrations to interrogations, and at every possible intermediate point. Based on the novel of the same name by Vassilis Vassilikos, which concerns the murder of EDA MP Grigoris Lambrakis by parastatals in the turbulent 60s for Greece, Z (read “lives”, from “lives, lives, lives” and not “zeta”) has as its starting point the attack on a political figure of the opposition (Yves Montan) and the immediate attempted cover-up, following the subsequent investigation by an investigator (Jean-Louis Tredinian) determined to bring the true facts to light. But what can be the price of truth in such a corrupt and politically unstable environment?

On a screenplay he wrote together with the later Minister of Culture of Spain, Jorge Sebrun, Costas Gavras weaves a thriller that raises the pulse not through exaggerations and cheap reversals, but by identifying political terror with meticulousness, through interrogations and through looks that never hide the truth. Through an incessant montage and the rapid compositions of Mikis Theodorakis, Gavras follows faces, processes and truths hidden in the shadows, completing a bold, vital portrait of the social impasse of the period, which finally captivated the global public.

It became only the second non-English-language film in history to be nominated for an Academy Award for Best Film.

The 9th Chania Film Festival and its Educational Programs

The Delegation of the Europeans Committees in Greece

The National Centre for Audiovisual Media and Communication

have the synergy of the most important actors

of Cinema, Culture and Education.

All the activities of the Chania Film Festival are free of charge and
access to people with disabilities is ensured.

Thank you for your cooperation!!!

The Press Office of the 9th 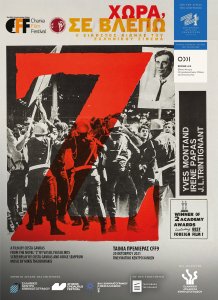 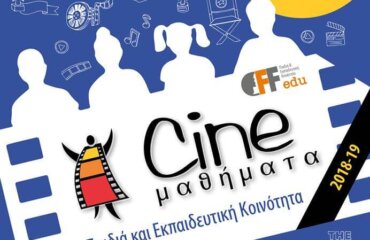 What does the Regional Governor of Crete, Stavros Arnaoutakis say about the Chania International Film Festival?