It was successfully held on Sunday 8 and Monday 9 September 2019 at the new Archaeological Museum of Chania a special two-day cinema entitled CINEMA AT THE MUSEUM , which organized by the Ephorate of Antiquities of Chania, in collaboration with the Festival Cinema Of Chania and the Regional Unit of Chania-Region of Crete. For two nights the courtyard of the new Museum hosted lovers of cinema with two separate sentences:

The Sunday 8 September 2019, the French documentary À voix haute-La Force de la parole (The Power of Speech) directed by Stéphane de Freitas ( 2017 | France ) followed by a group of students from the suburbs of Paris, who take part in a rhetorical competition, although most have never spoken publicly. Screening in collaboration with the French Institute of Greece.

On Monday, September 9, 2019, the “Concerto for piano and silent cinema” was presented with the distinguished soloist and composer Giorgos Saltaris, who invested live with his music the screening of the film City Lights (The lights of the city) directed by Charles Chaplin (1931 | America).

A different journey to the 7th Art of the 1920s and 1930, the time when music was not just playing accompaniment but a leading role in the development of a motion picture, as it lacks talking dialogue, in every screening there were professional musicians on stage – even and entire symphony orchestras, which performed the soundtrack of the film live throughout its duration.

Both days hundreds friends of the cinema flooded the courtyard of the Museum enjoying the projections but also the space. The two days were part of the pre-festival events in view of the 7th Chania Film Festival that will take place from 23 October to 2 November at the Cultural Center of Chania.

The Program of the 9th Chania International Film Festival 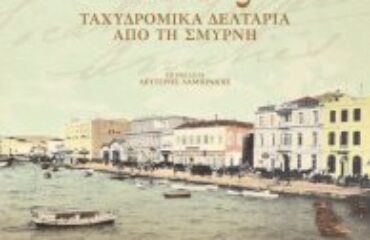