The exciting documentary The Cleaners / Digital Cleaners for the internet world by Germans Hans Block and Moritz Rizvik on Thursday, February 13, 2020 by the Chania Film Festival Club.

“The documentary by Germans Hans Block and Moritz Rizvik is a life-free dive into policing social networking.”
Robbie Ekciel / Flix.gr

How can we be sure that what we post on the internet will remain there? Welcome to an invisible digital cleaning industry, which unpacks from the internet what is not liked. Reminding us how humanity’s common vision of a global village degenerated into a network of pseudo-events and radicalization. The film chronicles the rise and decline of the utopian ideology of social media.
According to official measurements, every minute of the day 2.5 million posts on Facebook, 450,000 messages on Twitter, and about 500 hours of video material on YouTube are uploaded to the internet. Given these figures, one would think that we are in the most democratic time in the dissemination of information and freedom of speech in the history of mankind. Right? Wrong, answers the documentary of the Germans Hans Block and Moritz Rizvik, introducing us to the half-lit offices of the “Cleaners”. In the microcosm of a handful of people who regulate the macrocosm of those who base their information and communication on the internet –that is, the overwhelming majority of the planetary population.

Everything you imagine, and much of what you DON’T IMAGINE can happen in the digital world that “embraces” us.

You can read more about the film at the link below:

• Take advantage of the privileges of the card AND the club’s screenings
https://archive.chaniafilmfestival.com/friends 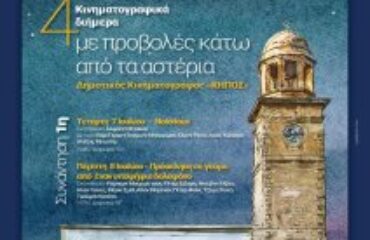