Two unique films are proposed to the audience of Chania by the Club of the Chania Film Festival. At Thursday’s regular date, January 16, 2020 at 10:00 p.m., film fans can see the black and white movie The Way To A God Knows Where/The Road To God Knows Where directed by Uli M Sipel. An ode to the superstar of the modern rock scene and famous persona Nick Cave.

You can read more about the film at the link below: https://archive.chaniafilmfestival.com/the-road-to-god/

The Chania Film Festival, having restored in recent years the experience of THE MIDNIGHT SCREENING, returns on Saturday, January 18, 1 minute after midnight with the screening of a modern thriller in FIRST SCREENING.

Fatih Akin’s latest much-discussed film The Golden Glove/Der Goldene Handschuh is presented as part of the Club. The true and shocking story of Fritz Honka, a serial killer of women who acted in Hamburg in the 70s, is transformed by Fatih Akin into a blood-soaked and grotesque thriller, destined to divide. A film that finds its aesthetic starting point in the fringe universe of Reiner Werner Fassbinder and which, according to its creator, “one can love but certainly no one will recommend to his friends”.

Read more about the film: https://archive.chaniafilmfestival.com/to-xriso-ganti/ 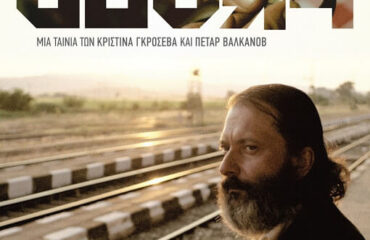 CINEMA UNDER THE STARS