This book examines the prerequisites, objectives and possibilities arising from Film Education and recommends its integration as an autonomous scientific field into the pedagogical process. The challenges of the integration of cinema into formal education are critically explored and the concomitant approach of films as aesthetic and cultural products in the context of the arts is given priority. In order to establish a theoretical framework for the functional correlation of cinema with education, it is proposed to make sense and link Film Education with the theory and history of cinema, cultural studies, critical theory and critical pedagogy, other pedagogical theories and theories of curricula, as well as the perceptions projected in the context of the Sociology of Childhood. A historical retrospection is attempted regarding the introduction of cinema in education, where a series of issues are identified that have come back to the scientific debate over time. At the same time, applied examples of the introduction of cinema in education are presented and the corresponding review of studies and researches are made, while the relevant decisions that define the educational policy are discussed, in order to investigate the reasons why Film Education has not been institutionalized universally in the curricula in any European state. In addition, the prospects and conditions for the integration of Film Education as an autonomous field in the present era and the future are identified, while the changes that have occurred or are underway are noted, mainly in relation to technological developments and new media. In this context, the relationship of cinematic literacy in Greece with formal and non-formal education is examined and problems and prospects are highlighted. The need for the urgent implementation of Film Education as an artistic object in all future citizens and educational systems of the countries of the European Union is supported, in order to regain the aesthetic dimension in the teaching of films.
Author’s Biography
Dimitris Papadopoulos lives and works in Thessaloniki. In his undergraduate and postgraduate studies he was involved in pedagogy, social exclusion, film education and media education/literacy. He holds a PhD from the Department of Cinematography of the Aristotle University. He has scientific publications and articles. His first book (as a member of a writing team) was “The New Analytical Programs (D.E.P.P.S. – A.P.S.) and the Teachers”. He also participated in the organization of numerous film education workshops for students and teachers. He has directed three feature-length documentaries with participations in festivals in Greece and abroad. His passion in free time is photography.
The book can be found in selected bookstores or ordered directly from us from our electron store at https://archive.chaniafilmfestival.com/shop/ address or from your bookstore all over Greece. 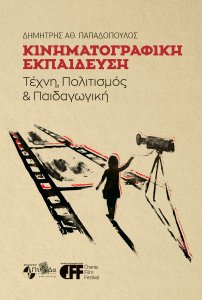 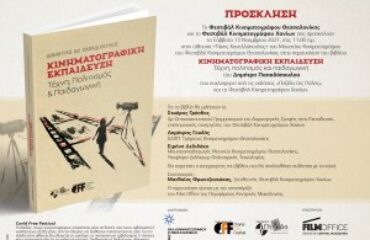 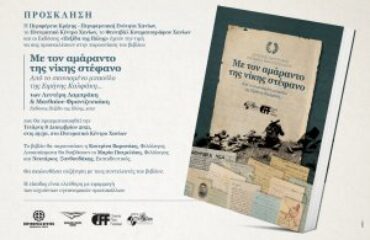